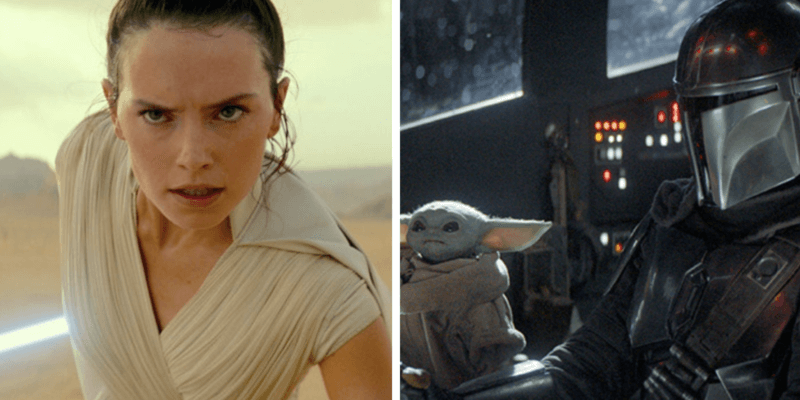 While Star Wars fans have to wait until 2022 for the franchise’s next movie installment, there are already rumors about what the storyline could be.

Disney and Lucasfilm have officially announced that Taika Waititi will be directing its next Star Wars movie. Waititi, best known for his work on Thor: Ragnarok and the upcoming Thor: Love and Thunder in the Marvel Cinematic Universe, also worked as both an actor and director on Season 1 of The Mandalorian.

This leads us to our next rumor – We Got This Covered has reported that Star Wars sequel trilogy heroine Rey (Daisy Ridley) will cross paths with The Child and The Mandalorian (Pedro Pascal) in a future Star Wars film.

The website states that this Star Wars news “comes from the same sources that told us Ahsoka Tano would be in The Mandalorian‘s second season months before Rosario Dawson’s casting was announced, and also revealed The Rise of Skywalker‘s General Hux twist before it hit theaters.”

Although we don’t know for sure how Rey’s story will intersect with The Mandalorian and Baby Yoda’s, it seems likely that the crossover will feature an older version of Din Djarin since The Mandalorian takes places about 25 years prior to The Force Awakens in the Star Wars universe timeline.

There have been rumors that Djarin will eventually be trained in the ways of The Force, so it’s possible that Rey will play into his story as his teacher, much like Luke Skywalker (Mark Hamill) was hers at the end of the Skywalker Saga.

More Star Wars films are planned for theatrical releases in 2024 and 2026. These could very well be the start of Rian Johnson’s rumored upcoming trilogy. If Rey doesn’t meet Baby Yoda and The Mandalorian in Waititi’s Star Wars spinoff, it could happen in Johnson’s movies instead.

Inside the Magic will bring you the latest Star Wars movie news as it develops.

Do you like the idea of Rey meeting The Child and The Mandalorian? Tell us your thoughts about this storyline!