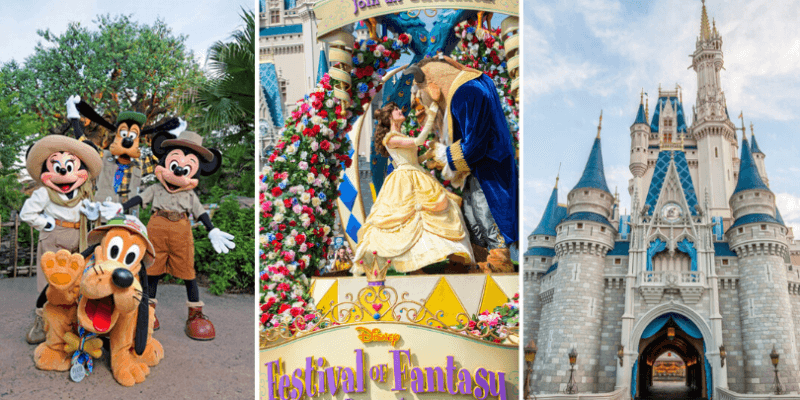 What vacation destination do you miss the most? According to social media users worldwide, it’s none other than the Most Magical Place on Earth.

The frugal living blog SavingSpot (managed by CashNetUSA) recently conducted a study in which researchers analyzed hundreds of thousands of Instagram posts with the hashtag #TakeMeBack. And if you’re a die-hard Disney fan, you won’t find the results surprising at all.

The Top 5 #TakeMeBack Places in the USA:

The Top 5 #TakeMeBack Destinations in the World:

Here’s what SavingSpot had to say about the results:

The most nostalgic tourist spots in the USA are all household names worldwide. But it is telling that the number one destination to which Instagram users would like to return is a children’s theme park. Do parents simply enjoy the time they spend with their kids at Disney World? Or might #TakeMeBack also refer to our guilty desire to return to our own childhood? Commenting on a video of long queues of cars outside the Magic Kingdom entrance, self-confessed ‘Disney obsessed mom’ @disneyworlds_jasmine provides the answer: “You know it’s going to be a good day when you see this sign!”

You can click here to explore all of the Instagram posts with the #TakeMeBack tag (right now, there are almost 14 million).

It’s no secret that we at Inside the Magic love Disney Parks. So when we found out that Magic Kingdom was one of the most missed vacation destinations worldwide, we weren’t surprised at all. Walt Disney World Resort is one of the top tourism spots in the entire world — and with Magic Kingdom being the flagship theme park that welcomes millions of Disney fanatics and new Guests year after year, it’s no wonder fans around the world are missing the magic.

Book your next Disney trip with Academy Travel!

What place — or which Disney destination — do you miss the most? Where will you book your first vacation as soon as you can travel again? Let us know in the comments!

Comments Off on Two Disney Destinations Among Most Missed Vacation Spots