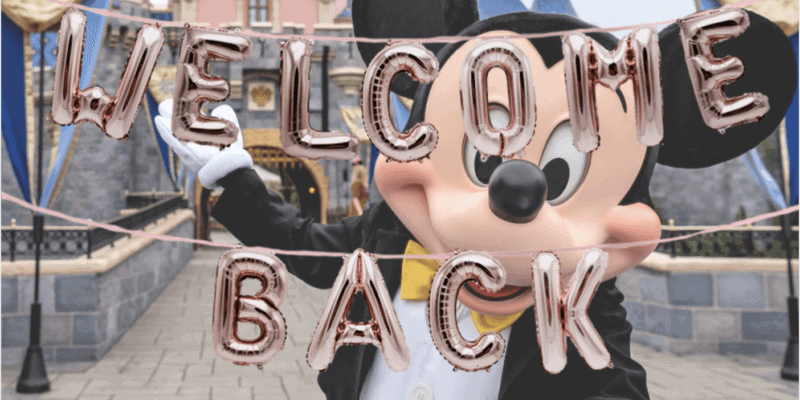 Even though Disneyland Resort’s original July 17 reopening date has been delayed indefinitely, fans of the California Disney park are already thinking about how quickly tickets will sell out once there is a new reopening date for Disneyland Park and Disney’s California Adventure.

Here, we explore the likelihood that Disneyland tickets will sell out very quickly once the date of the theme park’s phased reopening is officially updated by the Walt Disney Company. Keep in mind that right now, all Disneyland Resort ticket sales and annual pass renewals are paused.

What is happening with Disney Park Pass?

In no time, Park Pass reservations started becoming unavailable, particularly for Annual Passholders. This could pose a major problem at Disneyland, where there are significantly more Annual Passport holders than there are at Disney World. It is very likely that, especially for APs, desired theme park dates will become unavailable very fast once Disneyland reservations open. Disneyland Resort has not yet announced how the Disney Park Pass system will work here, so we are awaiting more information about how they will accommodate for all of the Annual Passholders.

Currently, at least one of Disney World’s four theme parks are sold out for WDW APs through the first two months after reopening. Passholders are allowed three reservations at any given time.

What has Disneyland said about reservations?

Due to the delayed reopening of Disneyland, Disney Parks executives have not made specific announcements about the resort’s reservation system. This message is currently on the Disneyland Resort website:

“The Disneyland Resort will reopen with some important updates to promote physical distancing, including:

What can we expect from the AP preview?

Signup for Walt Disney World’s Passholder preview became available yesterday and securing a slot was chaotic, to say the least. The AP preview event was full in under an hour, upsetting many Annual Passholders who had been trying to obtain entry to the Orlando Disney Parks.

Disneyland AP preview dates have not been announced (and right now, it’s unclear whether an AP preview will be held at all), but due to the sheer number of people who hold Disneyland Resort Annual Passports, it is very unlikely that spots will remain available for any length of time unless Disney officials open-up additional preview days (Disney World has just two, July 9 and July 10).

How is Rise of the Resistance playing a role?

It is worth noting that Disney’s Hollywood Studios, the Florida theme park where Galaxy’s Edge is located, has been one of the most popular in the Disney Park Pass system. This is, in part, due to the popularity of the Rise of the Resistance attraction, which is, to date, the only Disney theme park ride to require a boarding group for entry.

One possible reason for this is that park goers think it will be easier to ride RotR due to Disney’s limited capacity protocols, so they are trying to visit Galaxy’s Edge soon after the phased reopening begins.

This is likely to also be the case at Disneyland Resort, where Galaxy’s Edge can be found at Disneyland Park. When Rise of the Resistance opened at Disneyland, thousands of people waited in line to try to snag spots in the virtual queue. That demand eventually leveled out, as demand for park tickets is likely to as well once Disneyland and California Adventure begin to return to normal operations.

It is not yet known if Rise of the Resistance at Disneyland will require boarding groups upon reopening.

Is there any good news for Disneyland fans?

One reason Disneyland Resort fans can take heart is that it is largely a local park; far more out-of-state and international travelers visit Walt Disney World Resort each year.

This means that once the initial demand for tickets is met in California, it may return to normal levels faster than in Florida, as evidenced by the Rise of the Resistance situation last year.

Imperial Capital analyst David Miller told the Hollywood Reporter, “I would say it generally bodes well for Disneyland because Disneyland is more of a local visitation Disney park. But there are no guarantees.”

How fast will Disneyland tickets sell out when the park reopens? What do you think?