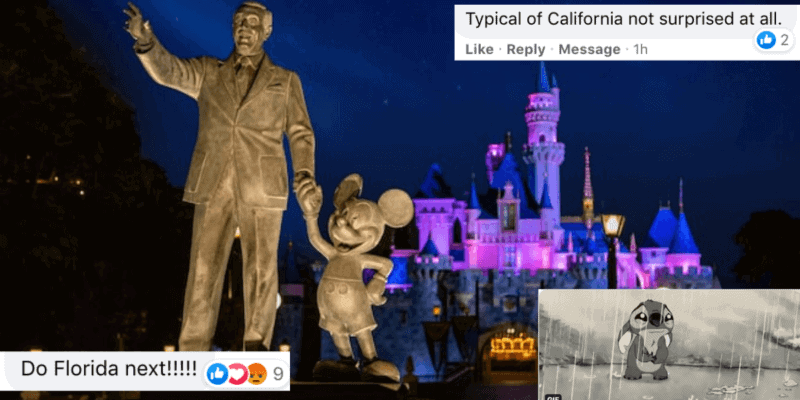 On Wednesday, June 24, the Disneyland Resort officially delayed the reopening of its theme parks and resort hotels. As soon as the news broke, it did not take fans long to begin voicing their own opinions on the decision. Some were simply sad or frustrated about the entire situation. Others were found to be more edgily cheering or booing the precautious decision.

A few Disneyland fans and even some anonymous cast members took to Reddit saying:

“I’m really relieved. It was going to be hard to resist the temptation of going to Disneyland but in the back of my mind I absolutely knew it would be nothing but a bad idea at this point. The choice being taken away eases a bit of a burden in my mind.”

“Honestly it’s the right thing to do, as much as I wanna be back inside the park it’s just not safe yet.”

“I’d like to thank all of the idiots who refused to wear masks or social distance. This is why we can’t have nice things.”

“I can only speak my myself but as a cast member I’m bummed.”

“Typical of California not surprised at all.”

@GavinNewsom Delaying theme park reopenings won’t help anything. It’s not going to get any better after July 4th…. there’s nothing to figure out as far as safety protocols. It would be better to be more realistic, and work with the situation as it is, but whatever… pic.twitter.com/NNHH9UHVpL

The Disneyland Resort was already scheduled to be the last Disney Resort in the world to reopen after the global pandemic caused all six resorts to participate in an unprecedented closure. Now it appears that a little more time will have to pass before every Disney theme park is back up and running.

Across the country in Florida, Walt Disney World still has the green light by government officials to reopen its theme parks starting with the Magic Kingdom and Disney’s Animal Kingdom on July 11, 2020, followed by EPCOT and Disney’s Hollywood Studios on July 15, 2020.

Do you think it is the right call to keep Disneyland closed? Why or why not? Let us know in the comments!