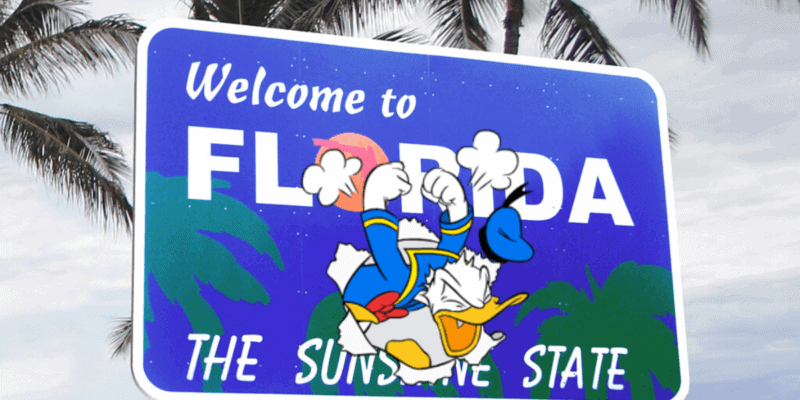 Earlier this week, Inside the Magic reported that as of right now, would-be Walt Disney World Guests visiting from New York, New Jersey, and Connecticut would have to self-isolate for a minimum of two weeks as part of Florida’s efforts to quell the spread of the current pandemic.

All individuals entering the state of Florida from the New York Tri-State Area (Connecticut, New Jersey, and New York) to isolate or quarantine for a period of 14 days from the time of entry into Florida or the duration of the individual’s presence in Florida, whichever is shorter. This includes persons entering Florida by roadways.

It’s clear some Disney fans are not happy about this.

Here are some of the comments our audience has shared:

“So why bother coming to Florida to vacay then if u have to isolate!?”

“I’m from upstate NY, outside if Albany no where near NYC. Why do I have to be punished for NYC?”

“So since im an annual passholder from NY can i get a refund for the days that you’re not allowing me to enter the park? Or a heavy discount on my resort stay? Like you’re basically asking me for a minimum 3 week vacation at your resort, 2 weeks quarantine and 1 week disney…but still aren’t going to guarantee me access into the parks with that resort reservation…..”

“Horrible way to reopen… sounds like getting into an exclusive night club that you already paid for ahead of time.“

But it is not all negative sentiment in the comments. Many readers also noted that Florida’s restriction on Tri-State travelers is supposed to expire days before Walt Disney World begins to reopen the theme parks or before their upcoming trip. They are hopeful and determined that they will not face two weeks of self-isolation.

“This is set to expire before Disney World opens. It expires with the state’s emergency order July 7”

“We live in CT and are going July 26th. We will NOT be following this, thankfully it’s set to expire before we go. It’s not like the tri state area is the only states that had cases.”

“Maybe I won’t need to [self-isolate] since I’m coming back the beginning of next year.“

“When the Florida governor going to update this? Totally unfair. Numbers have dropped considerably since his original declaration. Please start the conversation to change this! Holding out to see if he will change this before we go in mid-July.“

The Walt Disney World Resort is still set to begin its phased reopening of the theme parks by reopening the gates to Magic Kingdom and Disney’s Animal Kingdom on July 11 followed by EPCOT and Disney’s Hollywood Studios on July 15. Select Disney World resort hotels are also still expected to reopen as early as June 22.

All Guests, including Florida residents, will be subjected to the same safety measures including a temperature screening and mask requirement.

Related: “I will not be going there”: Fans React to Disney Park Ticket Price Hikes

Do you think Florida’s travel restrictions will be lifted before Disney World reopens its theme parks? Why or why not? Let us know in the comments!