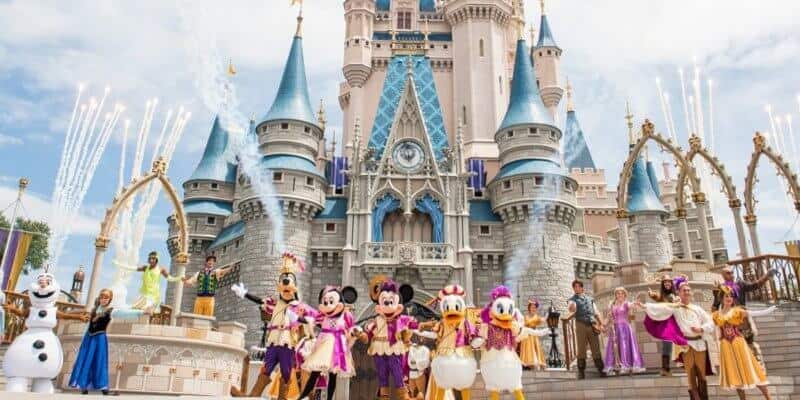 We just reported a few days ago that after Disneyland delayed their reopening for its theme parks — Disneyland park and Disney California Adventure — along with the Disneyland Resort hotels, the Actors’ Equity Association is urging Disney World to do the same.

The Actors’ Equity Association spoke out and asked Walt Disney World in Florida to follow along with Disneyland’s decision in postponing the reopening date.

However, it looks as though Disney World has no plans to delay the reopening of their theme parks in Orlando despite a rise in positive cases of the current pandemic. In fact, Disney Parks is now saying they would like to resume live stage shows.

“As we reopen our theme parks, we would like to include live stage shows. We have heard from many cast members that they are eager to return; however, the Actors’ Equity Association has not agreed to the terms of the recall impacting our ability to invite these cast members back at this time. The health and well-being of our cast members and guests is an important priority for us, and our theme park reopening plan has been approved by county and state officials.”

The local union has voiced their concerns about resuming live stage shows as well as the overall reopening of Walt Disney World. President of the Actors’ Equity Association, Kate Shindle, said “I would actually say most of our people are eager to get back to work. They’re not all being called back right away, but we have to get this right, hopefully before anybody goes back.”

“Since we put out our public call for testing yesterday… I know I don’t have to tell you there have been more than 5,000 new cases in the state of Florida,” Shindle continued.

As of right now, Walt Disney World is planning on reopening in phases next month — Magic Kingdom park and Disney’s Animal Kingdom will open the gates on July 11 while EPCOT and Disney’s Hollywood Studios plans to open on July 15. The Resorts on property also will be opening up in phases with each resort having a different reopening date.

Remember that when Disney World reopens to guests next month, things at the theme park will look a lot different. Social distancing measures will be put in place, excessive cleanliness, encouragement of mobile orders, plexiglass, and as we previously mentioned, the elimination of character meet and greets.

Also being eliminated from the parks are parades and fireworks. Though, with Disney World wanting to resume live stage shows, Disney could be changing their plans on fireworks and parades as well. Inside the Magic will continue to update you as we get new information regarding the Disney Parks reopening.

What do you think about Disney’s statement on resuming live stage shows? Let us know in the comments.