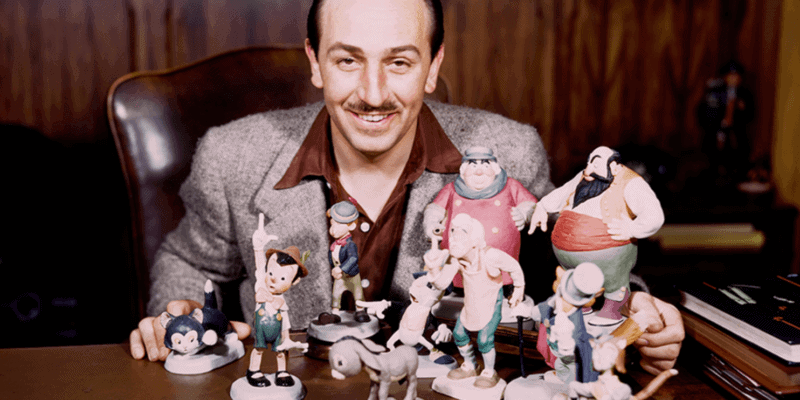 It’s amazing just how much work went into creating the classic Disney films that we know and love today.

It’s crazy when you think back to how this all started because a young man named Walt Disney dreamed up Mickey Mouse. Look how far we’ve come since then — Advances in technology, new minds, and team members with unique skillsets have brought various colorful and elaborate stories to life through Disney animation.

Over the years we’ve had the pleasure of falling in love with countless Disney characters such as Snow White, Peter Pan and of course the ever classic Minnie Mouse.

Their stories and personalities have moved us and part of that dates back to the original concept art and processes that Walt Disney created in the early days of the Walt Disney Studio. It was a huge part of his vision to make sure that these characters resonate with us on a more personal level.

D23 — The ultimate Disney fan club — used the 50th anniversary of the Walt Disney Archives to share some history about a process that took place for some of the original animated films. One of the earliest departments at Disney animation — The Character Model Department — which was only open from 1937 to 1941, helped bring these beloved characters to life.

When the idea for a Disney movie was formed, Walt Disney wanted to make sure that his animators had a strong concept for how their characters would look and act. Citing that their personalities were what made them lovable.

A Lasting Impression on Animation

With the help of the ink and paint department, these small models were brought to life with exquisite color and detail. Despite the department only being in operation for a short period of time, its lasting impact on animation techniques through the Walt Disney Animation Studios today is still seen. Walt’s attention to detail and care for the characters in each Disney film and now each Disney park has shaped the Disney magic that we all love today.

Thank you to the Walt Disney Archives for sharing such interesting history for us all to appreciate!