A few weeks ago, Disney held a press preview event for the upcoming animated film, “Frozen.” The event began with a 30-minute preview of the film, which you can read my thoughts about here. The rest of the day was a tour of the art and technical departments behind the film, and for a film geek like me, it was heaven. I’m a big fan of “making-of” special features on Blu-rays and DVDs, so this day was like living inside of them. Not only did I get to see how Frozen was made, but I also got to ask questions and play with the actual tools the filmmakers used. I wish every film lover could have this experience – unbelievably fun and educational.

So here are 6 things I learned about Frozen that day:

1. Frozen is (loosely) based on The Snow Queen by Hans Christian Andersen

As I noted in my previous article, I went into this preview event fairly ignorant about “Frozen.” The fact that it’s based on “The Snow Queen” seems like something I should have been aware of – but wasn’t. I’m not familiar with that original story, but I learned it was a favorite of Walt Disney in my first stop of the tour. Directors Chris Buck and Jennifer Lee talked about the project’s genesis, which began with Walt himself and had been kicking around the studio ever since. There have been many changes from the original, but the core of it (about someone with a frozen heart) remains.

2. Frozen takes place in a fictional land based on the country of Norway

The art directors for “Frozen” spoke in great detail about all of the design inspirations their team drew from. Once they settled on a Scandinavian setting, they quickly zeroed in on Norway as the basis of the fictional land of Arendelle. Being big on research, they visited Norway and came away with several big takeaways that became a huge influence on the look of “Frozen.” The most obvious of which is the beautiful Fjords of Norway, which feature prominently in all of the landscapes we’ve seen in the promotional material. This was the highlight of the footage we were shown. Gorgeous design.

The other big influences from Norway were the wooden Stave Churches, which were the basis of all architectural choices in designing the kingdom. Art Director Michael Giamo said, “We want the look of this film to be elegant, if anything it’s a very elegant, finely, finely honed look – and then our production designer brought in this idea because Norway is all about wood and construction, of taking something with a very rustic look and giving it, through its use of repetition and low profile, a sense of elegance.” The result is a kingdom unlike any you’ve seen in a Disney animated film.

The final big influence the team brought back from Norway was rosemaling.

Rosemaling literally means “decorative painting,” and it’s everywhere in Frozen. Almost every surface has some decorative painting or patterns on it. Everything from walls to the clothing. It’s not something I probably would have noticed without it being pointed out, but it’s these little details that make the world of “Frozen” seem so alive.

4. There are trolls in Frozen 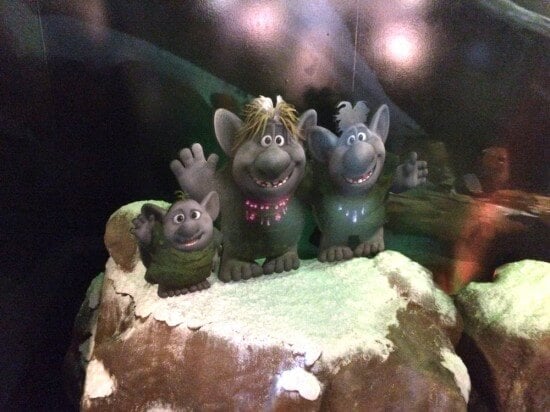 We haven’t seen much of the film’s trolls (or any of them) in the promotional materials, but “Frozen” has trolls – magical ones that are integral to the story. They look kind of like wooden Smurfs. We were shown concept art, so I have no idea if they are silly or serious. I do know they were a rather late addition to the story. When I asked about the design of the trolls, the art direction team seemed to indicate that was a last-minute challenge for them.

Magical trolls? Norway-inspired setting? I’d be willing to bet there’s at least been a meeting at Imagineering about the possibility of Norway’s Maelstrom ride at EPCOT getting a Frozen upgrade, especially with lead characters Anna and Elsa already meeting Guests there. 5. Snow is challenging to create in CG

A visit to a motion capture stage revealed several Disney technical artists who explained the process of developing the most realistic computer-generated snow you’ve ever seen. Appropriately named Matterhorn, the advanced snow simulation behaves exactly like the real thing. Designed specifically for “Frozen,” it amazingly captures all of the elements of real snow. They showed us a demo of a snowball rolling down a snowy hill. It grew larger as it picked up a layer of snow on the way down the hill and broke apart realistically as it hit bottom.

They even prepared a special snow demo for Inside the Magic to illustrate what they can do with the simulation:

While we were at the motion capture stage, we also got to play with the filmmakers’ virtual cameras to compose shots after a scene is fully animated. As a director, I was drooling over this technology. I had seen it in action in the special features of the “Avatar” Blu-ray, but seeing it in person was incredible. This is definitely the future of filmmaking, and Disney is leading the way.

6. Frozen has the largest wardrobe of any Disney film

With huge crowds in the kingdom and multiple costume changes for each character, the costumes of “Frozen” rival those of live-action period epics. The detail put into each is remarkable, thanks to the rosemaling again. On top of the sheer number of costumes, Disney artists faced the unique challenge of how dresses should behave while trudging through the snow. Their solution? Send the artists out to Wyoming and have them film themselves trudging through the snow – in dresses. Even the men. That’s dedication. I wouldn’t be surprised to see “Frozen” get nominated for an Oscar for costume design. 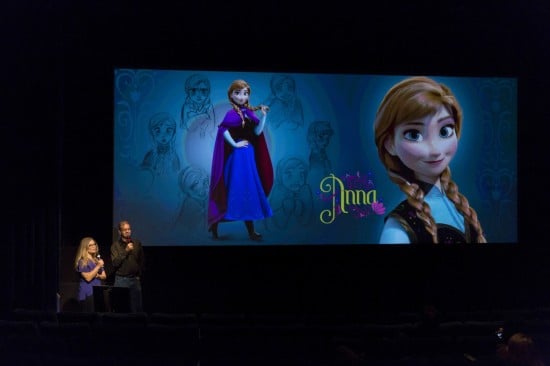 The final stop on the studio tour was a room filled with workstations where they explained all that went into rigging the costumes. I was honestly a little distracted at this point because they had us sit down at the workstations when we entered. On each screen was Olaf (the snowman), and it was clear that we were going to get to play with him in Maya (computer animation software). Once they finally finished droning on about the dresses (HURRY UP! I want to play with Olaf!), we were set loose to explore the Olaf model after a short tutorial. I gave him an appropriately goofy grin and made him wave. 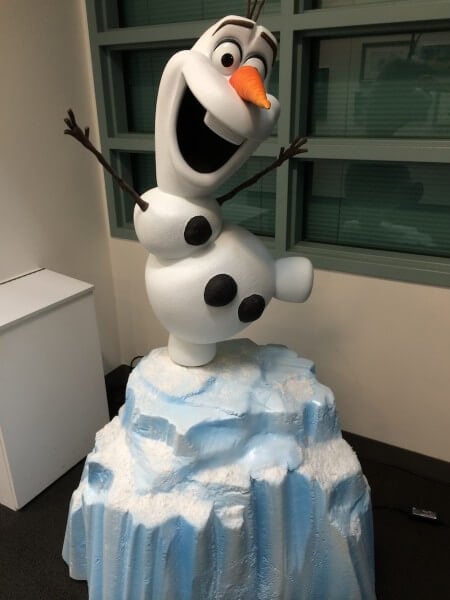 Fan of Frozen, Shop their merchandise now at ShopDisney.