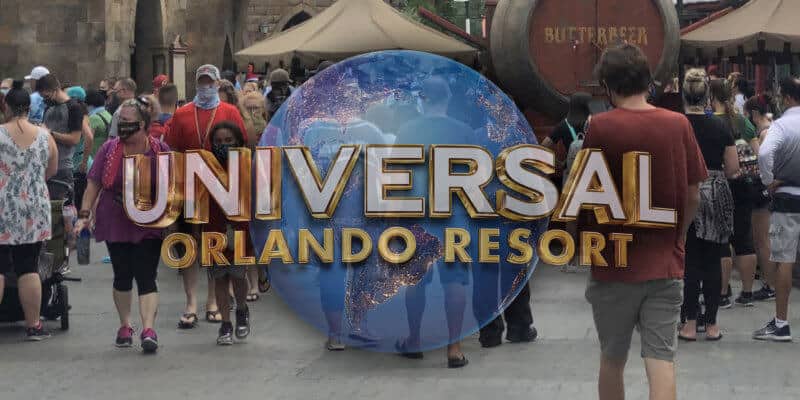 Credit: Inside The Magic/ Emille Crawford

Today is the first day Universal Orlando has reopened for business to select guests following its temporary closure due to the recent pandemic. In this annual passholder reopening, we’ve see large crowds of excited guests eager to get back to these themed lands — which has us wondering what it will be like on June 5 when the park reopens to the general public.

Annual Passholders were first given the option to sign up for reservations to return to the Universal Orlando theme parks for today’s reopening last week. This was when the official Universal Orlando Twitter account revealed emails were going out to Passholders with special sign-up links, beginning with higher tier passes first.

Upon clicking the links, Passholders were given the ability to sign up for either today, June 3, or June 4, at select times for arrival throughout the morning. The idea of the scattered times were intended to be a method of keeping masses of guests from all entering the park at the same time. However, it seems even with these scattered reservation times lumps of guests did form in CityWalk where guests waited in line for temperature checks.

me: maybe Universal Orlando opening won’t be so bad

Universal Orlando did not reveal the capacity level its theme parks would be operating at upon this reopening. Although, from different guests’ tweets online, crowd levels seem to be mixed depending on guests’ location within the park and time of which they were visiting a specific attraction or area.

In a series of tweets featured below from @ChettPease, we see Diagon Alley and the queue for Hogwarts Express with a respectable amount of guests all properly exercising social distancing.

Social Dostancing in the queue for the Hogwarts Express! #UniversalOrlando #UOAP pic.twitter.com/Z3FUV3GbLZ

If you’re wondering about crowd levels. This is #DiagonAlley currently #UniversalOrlando pic.twitter.com/tlwAgMBHXk

Although, in a few other images we do see some tight areas, as in the picture below from Inside the Magic and other tweets.

@UniversalORL you’re offering mobile order but I still have to wait in line at Mel’s diner. My food is ready but I can’t go in? Not understanding this and still outstide waiting in line. #universalorlando pic.twitter.com/lSTPnWN0Kb

It can be argued that even on a typical day at the park, without restrictions, guests can all be in one particular area at a time for no rhyme or reason — which may be the case with some of the people in these images we’ve seen.

Even though some of the theme parks’ areas may have larger amounts of people, it should also be noted that Universal is being strict with their face covering polices. Team Members are monitoring guests looking for those not wearing their face masks as they’re only allowed to take them off if they’re eating or in a designated area of the park where masks are not necessary.

They're definitely serious about people keeping masks on at Universal. There are monitors reminding people that it has to cover your mouth AND nose unless you're eating. I'm sharing the experience start to finish today in my IG stories. https://t.co/vlRks0CuWl#universalorlando pic.twitter.com/gIKQFalk8f

Today, Universal Orlando also tests out its new virtual queues, which appear to be operating with some difficulty as some guests have reported problems locating available time slots for queues or enrolling in slots that are available.

Almost everything that needs a virtual line reservation hasn't had one available. But the Mummy does! #universalorlando #reopening pic.twitter.com/cent0laPUk

We’re hopeful Universal is able to get a better handle on the new software prior to its reopening to the general public on Friday, June 5.

Based on how today has gone so far, it will be interesting to see how the theme park resort is able to handle the guests visiting the parks on Friday as no reservation system will be in place — which means guests can show up whenever they want.

It’s worth noting that after the theme park resort hits a certain number of guests Universal will cap off anymore visitors. Although, at this time it is now known how they plan to do this.

With the reopening of Disney Springs, Walt Disney World made only two parking structures available with the idea that once they became full they were at capacity and no more guests would be able to enter the shopping center or even get out of their car on property.

We’re curious to see if Universal Orlando will have a similar idea in mind so they don’t see large amounts of visitors lining up at the entrance of CityWalk in the hopes of getting in but are instead turned away, only after walking through a large gathering of guests.

What are your thoughts on Universal Orlando’s reopening so far? Let us know in the comments!