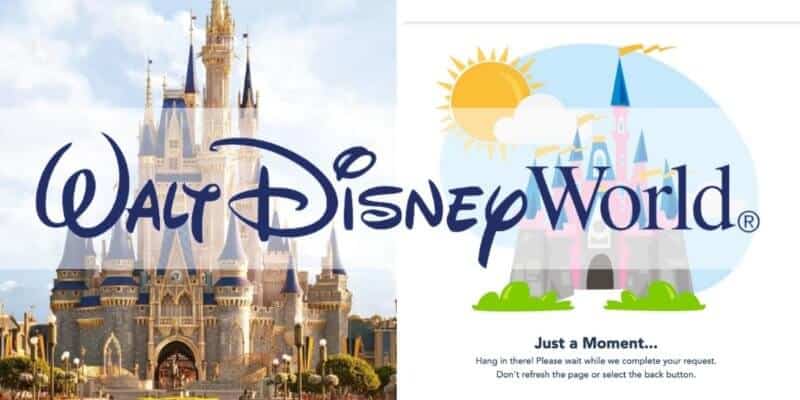 In case you haven’t yet heard, Cinderella Castle, which is the iconic centerpiece for Magic Kingdom park at Walt Disney World Resort, is getting a complete makeover!

Back in February, Disney announced that in honor of this year’s 70th anniversary of the Walt Disney animated film Cinderella, the castle in Magic Kingdom will be repainted with a gorgeous pink painting and gold detailing.

Though, just a few weeks after the announcement was made, construction work was halted when Walt Disney World had to, unfortunately, close its gates due to the current health pandemic. On the bright side, it looks as though construction has been able to recently resume as we’ve been reporting over these last few weeks that the painting on Cinderella Castle has made substantial progress. But now, it looks as though Disney is making the change elsewhere as well.

This morning, the new reservation system for Disney World went live at 7 a.m. ET / 4 a.m. PT for Disney Resort and other select hotel Guests who have a valid theme park admission. When logging on, Guests noticed this page as they waited for the system to go live.

Cinderella Castle is even painted the beautiful pink online at the official Walt Disney World website! In the screenshot above, you can see that Disney World has updated the Castle to include the beautiful makeover that we cannot wait to see in person someday.

Remember, Walt Disney World is reopening in phases — Magic Kingdom park and Disney’s Animal Kingdom will open the gates on July 11 while EPCOT and Disney’s Hollywood Studios plans to open on July 15. The Resorts on property also will be opening up in phases with each resort having a different reopening date.