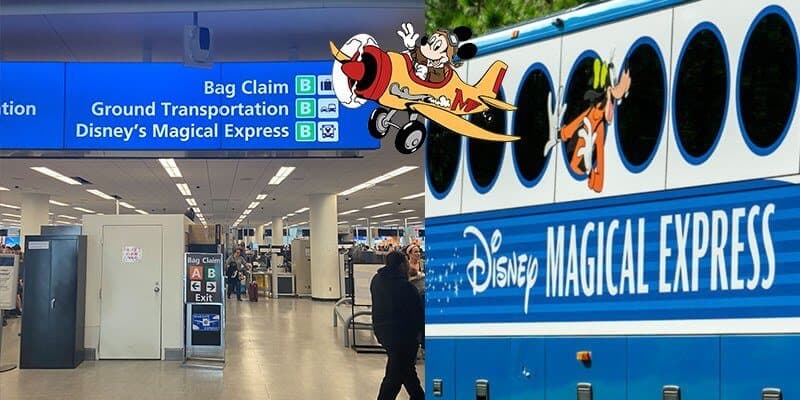 Credit: Inside the Magic Kelly C./Disney

The Florida Department of Health provided a further explanation for the numbers Wednesday afternoon:

“The number of cases at Orlando International Airport is cumulative from March 2020 and includes household close contacts as determined through the extensive epidemiological investigations conducted by the Department of Health.

“These cases were all identified from and associated with positive COVID-19 cases linked to the airport. Through collaboration with airport and local authorities and thorough efforts in contact tracing, all the cases were linked and notified.

“Last week, the Florida Department of Health in Orange County (DOH-Orange) conducted 500 tests. Only two came back positive and held no risk of exposure to others. DOH-Orange has been active in monitoring and investigating every case at the airport and will continue to ensure the latest Centers for Disease Control and Prevention guidance and protocols are followed closely.”

For those not familiar, Orlando International Airport (MCO) is a major gateway for guests traveling to and from the Central Florida theme parks, including Walt Disney World and the Universal Orlando resorts. The airport also hosts a special service for travelers to Walt Disney World — Disney’s Magical Express motorcoach services, which takes guests back and forth from the resort to Orlando International Airport.

On Tuesday, more than 2,780 new cases of the pandemic have been reported in the state of Florida. As of current, Florida has reported more than 80,100 people to have tested positive for the disease–with more than 2,993 of these cases resulting in death.

Florida first saw a spike in new cases of the pandemic last week and has continued to see daily spikes since. These new cases come as Florida moves into the second phase of its state-wide reopening, which follows the reopening of the Universal Orlando Resort.

At this time, DeSantis has not discussed the idea of the state moving backward in its reopening process.

Similar to the state of Florida, 21 other states have also reported recent spikes in new cases as they also continue with their reopenings. Some of these states include California, the Carolinas, Virginia, Texas, Arkansas, and Arizona

Currently, Florida sits at the eighth-highest in the country for pandemic cases behind New York, New Jersey, California, Illinois, Massachusetts, Texas, and Pennsylvania.

What are your thoughts on the Orlando International Airport seeing 260 of its employees testing positive for the pandemic? Let us know in the comments!