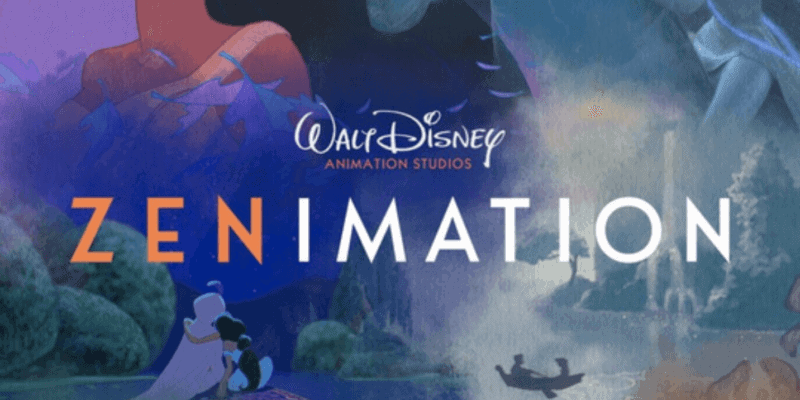 A new original Disney Plus series is available around the world today. Called Zenimation, the streaming Walt Disney Animation Studios series is designed to help viewers relax and unwind as they are transported to some of the most immersive scenes in Disney animated films.

The official description of Zenimation states, “Unplug, relax and refresh your senses for a moment of mindfulness with Walt Disney Animation Studios’ Zenimation.  Whether it’s baby Moana being called by the ocean, Anna and Kristoff walking through an icy forest or Baymax and Hiro Hamada flying over San Fransokyo, these iconic scenes become an aural experience like no other with the sounds of ocean waves, an icy forest and soaring flight.

Each of the 10 Zenimation episodes is about 7 minutes long; the perfect length for a brief respite from a stressful day or to add to your pre-bedtime routine!

The launch of Zenimation was seemingly accidentally revealed on Disney’s official UK website several weeks ago. The information about the new original Disney+ streaming show was quickly taken down, however.

All 10 Zenimation short form shows are now streaming worldwide on the Disney Plus platform.

What else is coming to Disney+?

In addition to the surprise launch of Zenimation on Disney Plus, the Disney team is gearing up for more exciting summer releases. Another short form streaming series, Muppets Now, is set to debut in July. Muppets fans are thrilled about this revival, which will feature numerous Jim Henson characters in an unscripted setting.

June will see Disney’s first stab at releasing a major motion picture directly to its streaming platform. Artemis Fowl, which was originally scheduled for a June theatrical release, will debut on Disney Plus on June 12.

On June 25, Marvel fans will be thrilled to see Avengers: Infinity War finally streaming on Disney+.

Are you excited to watch the Zenimation shorts and travel to your favorite scenic Disney destinations?