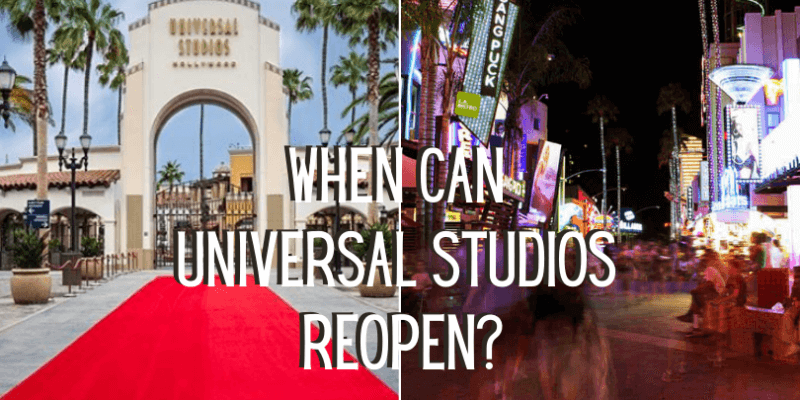 The entire state of California is currently in stage 2 of reopening. But Los Angeles is still in an early stage 2. At the time of this article’s publication, restaurants in Los Angeles are not yet able to operate for sit-down/table service as dining rooms are still off limits, and customers must still pick up their food inside or curbside. Los Angeles retail locations are still only allowed to operate for pickup, not for shopping in stores.

Governor Gavin Newsom’s explanation of the stages would put theme parks able to reopen during stage 3 at the earliest and stage 4 at the latest.

Stage 3 would allow “higher risk” businesses to reopen and gatherings to take place once again: salons, gyms, theaters, religious services, weddings, and sporting events without live audiences. These can reopen and take place with limitations on size, however.

Stage 4 would require treatments for the current pandemic, which have not yet been developed or approved by the FDA. This stage would allow for concerts, live-audience sports and other large events, venues and large gatherings deemed the “highest risk.” Although Newsom has not mentioned Disneyland Resort or Universal Studios Hollywood by name, it has been assumed that theme parks will be falling within the Stage 4 category due to the mass amounts of people who visit them on any typical day of operation. This is subject to change, however.

Currently, there is no date set for when stages 3 and 4 will begin. Los Angeles also has not qualified for permission to loosen stay-at-home orders based on Newsom’s criteria.

When Can Universal Studios Hollywood CityWalk Begin a Phased Reopening?

At the time of this article’s publication, Universal CityWalk at Universal Studios Hollywood could likely begin a phased reopening once Los Angeles County moves into a full stage 2. That would indicate that restaurant dining rooms could operate at a limited capacity, and retail locations could reopen to in-person shopping to a limited capacity, as well.

So as soon as Newsom gives LA County the green light to progress in its reopening, then we wouldn’t be surprised if Universal Studios Hollywood announced a phased reopening of CityWalk soon after. Right now, these are only our predictions, as it is still too soon to tell.

The statement on the Universal Studios Hollywood website still states that the theme park and CityWalk will remain closed through at least May 31, and they continue to take guidance from health agencies and government officials. You can read more here.

We’ll be sure to update Inside the Magic as soon as Universal Studios Hollywood releases more information about reopening.

Comments Off on Will Universal Studios Hollywood Follow Universal Orlando With a Phased Reopening?