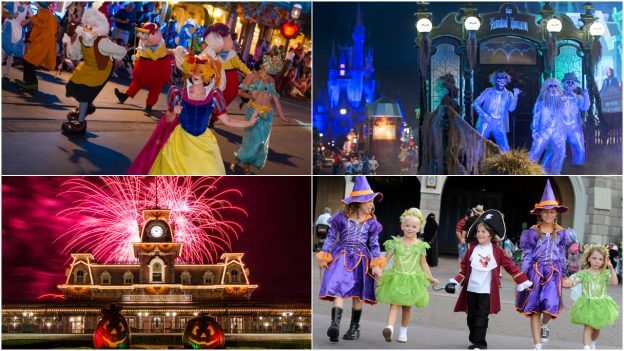 Although many special ticketed events have been canceled and new ticket sales are currently paused, Mickey’s Not-So-Scary Halloween Party is currently still scheduled for this summer and fall. Here’s what we know so far.

We spoke with a Disney representative over the phone this afternoon and confirmed that as of right now, all Mickey’s Not-So-Scary Halloween Party events have not been canceled.

“Tickets for those parties have not been canceled, and as far as we know those event dates are still a green light,” a Disney travel representative shared over the phone.

Related: How Will Disney Parks Special Events Change This Year?

But for now, keep in mind that if you have already purchased a Mickey’s Not-So-Scary Halloween Party event ticket, it is still valid at this time. However, just like tickets for the theme parks are on pause at the moment, tickets for the Halloween party are also not currently being sold. Also keep in mind that right now, the information about Mickey’s Not-So-Scary Halloween Party on the Disney World website remains the same as it was before the theme parks closed.

Right now, we don’t yet know what Mickey’s Not-So-Scary Halloween Party will look like this year if it will still take place in some capacity. Disney already shared that upon reopening Magic Kingdom and Disney’s Animal Kingdom on July 11 and EPCOT and Disney’s Hollywood Studios on July 15, none of the theme parks will offer fireworks, parades, or character meet and greets (although characters will still be present in the parks).

This phased reopening will demonstrate a deliberate approach, with limits on attendance and controlled guest density that aligns with guidance on physical distancing. That means certain experiences we know draw large group gatherings – such as parades and nighttime spectaculars – will return at a later date. In addition, “high-touch” experiences such as makeover opportunities, playgrounds and character meet and greets will remain temporarily unavailable, but characters will still be in our parks to entertain and delight our guests.

We will continue to update Inside the Magic with the latest information pertaining to the reopening of Walt Disney World Resort and theme park operations as soon as Disney releases it.