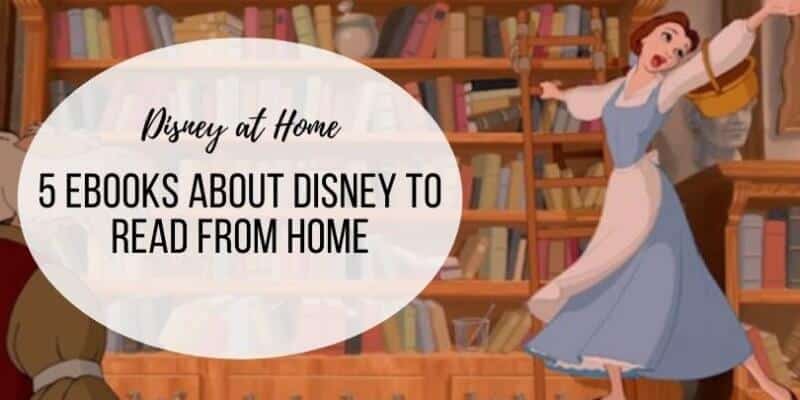 It can get pretty hard to figure out what to do with your spare-time.

If you are just looking for something to take your mind off of all the stress in your life why not read a book online — whether it is on your laptop or on a Nook.

And if you are not into reading, but you do like listening — you can try an audio book!

Related: Read These Magical Books Before Your Next Disney Vacation!

But what makes it even better is if the book is Disney related! Here are some book suggestions for you to dive into the magical world of Disney.

Related: Disney at Home: Add These 6 Disney Coffee Table Books to Your Collection

DisneyWar by James B. Stewart

DisneyWars tells the story of a scandal that drove The Walt Disney Company into civil war and the downfall of former Disney’s chairman and CEO, Michael Eisner.

A story that might as well have been part of a Disney movie, full of sudden twists, vivid, larger-than-life characters, and thrilling climax. Except for the fact that it’s all true.

The story of two friends-turned-rivals, Walt Disney and Ub Iwerks, that invented Mickey Mouse, and how success tore the apart. This is a story of betrayal, love, war, money, power, tragedy, intrigue, humor, despair, and hope, that will make you love and hate both underdogs.

Walt Disney: The Triumph of the American Imagination by Neal Gabler

Neal Gabler’s book is the result of seven years of research into Walt Disney’s life. From childhood to the creation and of The Walt Disney Company, Walt Disney: The Triumph of the American Imagination tells the reader how, despite the worldwide success, Disney struggles with financial problems, suffered a nervous breakdown, and at times retreating into seclusion Disney showed the world how a wish can come true.

Gabler is the first writer to be given complete access to the Disney archives, giving this book a full access to the story of the man behind the Mouse.

The Ride of a Lifetime: Lessons Learned From 15 Years as CEO of the Walt Disney Company by Robert Iger

A memoir of Robert Iger, the executive chairman of Disney and CEO for 15 years. In 2005, Iger stepped in during one of The Walt Disney Company’s most difficult times.

In The Ride of a Lifetime, Robert Iger shares the lessons he learned while running Disney, and explores the principles for leadership: Optimism, Courage, Decisiveness and Fairness.

The forty-year story of Kevin P. Rafferty’s career – starting in the dish room at the Plaza Inn in Disneyland to the overseen and creation of some of the Disney Parks attractions like Typhoon Lagoon and Blizzard Beach water parks, Cars Land, Toy Story Mania, Test Track, Tower of Terror, MuppetVision, and many more.

This ebook tells the story of how a young man – who was studying to be a priest – became an Imagineer.

Here are some other books that might interest you as well:

So, which ebooks are you interested in reading? Have you read any of these before? Let us know in the comments down below.

Comments Off on Disney at Home: Five eBooks about Disney to Read from Home