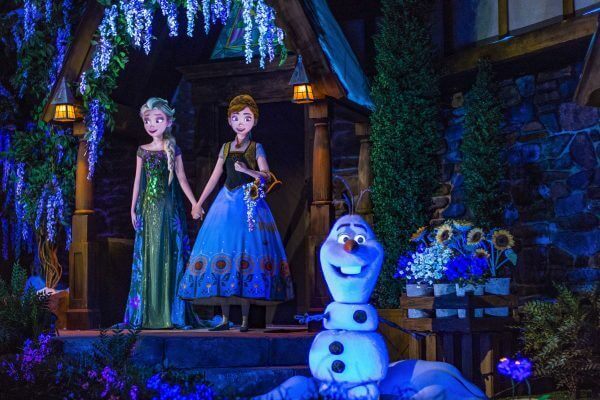 According to the Orlando Sentinel, Amanda Peters, a 27-year-old woman from Chicago, visited the Walt Disney World Resort this past January for her first family vacation after dealing with severe health issues.

Peters, who has Spina Bifida and uses a wheelchair, claims she asked the Cast Members at the Frozen Ever After attraction in EPCOT, who reassured her the interest was “gentle” and had only a “small dip.”

Peters’s mother, Tommi Sellers, shared in a recent interview that Peters had recently undergone brain surgery six weeks prior. However, her doctor had given her the medical OK to travel, warning her to avoid any intense attractions and to stick to slow-moving rides like “it’s a small world,” according to Sellers.

According to the lawsuit, the attraction description online says the ride is appropriate for all ages and has “small drops,” which were warnings that didn’t inform them properly. When Peter experienced the culminating and more turbulent unexpected drop, she described the experience as a “violent backlash,” something she was unprepared for.

Sellers added that Peters hit her head on the seat. “It rattled her brain a little bit. She was so upset. She was crying.” Peters shared that she experienced a “foggy brain episode” along with slurred speech when she got off the attraction. She added that she couldn’t think clearly and complained that her neck was hurting.

The family later scheduled an MRI to assess her injuries more closely.

Jason Turchin, the family’s attorney, said the lawsuit isn’t about money. The family wants to create awareness about the attraction, so other Guests don’t have the same experience in the future.

We wish Peter a full recovery after this regrettable incident at EPCOT. Do you feel the Frozen Ever After Attraction should have additional safety disclaimers than the ones already listed by Disney? Let us know your thoughts in the comments.