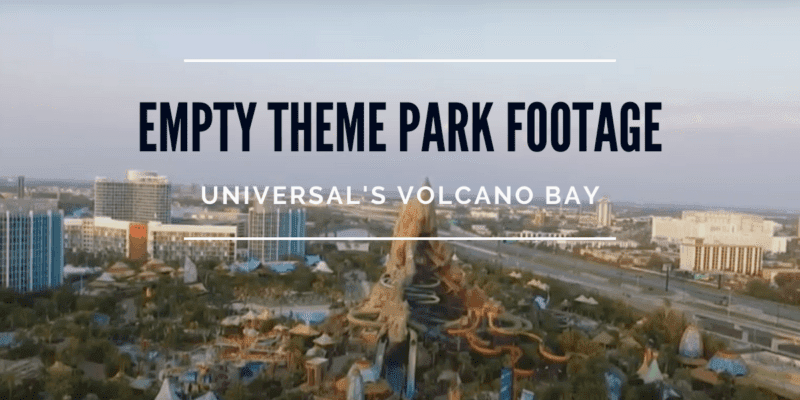 As the current pandemic crisis brings all business and every theme park to a halt, it has brought one burning question to the forefront of people’s minds: what do the theme parks look like completely empty?

At Inside the Magic, we’ve already shared a few articles that show the parks completely empty showing aerial photographs of Walt Disney World resort in Orlando, Florida, and the Disneyland Resort in Anaheim, California. But what about Volcano Bay, Universal Orlando Resort’s water park?

Well, we now have a look into that world as well. YouTuber @IDriveOrlando has just posted an aerial video of Universal’s water park, Volcano Bay, and we can’t turn our eyes away.

As you can see, it’s a ghost town. Waters of the wave pool is at a flat calm, the lazy river is still and void of every raft, the assortment of slides are turned off and completely dry, and the rows and rows of chairs and every private cabana sit empty. The Cabana Bay beach resort and other hotels for Universal Orlando Resort stand nearby with full vacancy and even the encroaching stretch of I-4 sits ominously bare. Like the other Orlando theme parks the view is starved of guests, and silently screams for reopening.

Volcano Bay is the third park and first water park created for Universal Orlando Resort. Centered around a massive Volcano, it this park provided some competition to Disney’s two water parks Blizzard Beach and Typhoon Lagoon and made some technological advances in the way of virtual queues. The only arguable downside to the park is its immediate proximity to the interstate.

Universal Orlando Resort declared that Volcano Bay will remain closed through at least the end of May along with its two other theme parks Universal Studios Orlando and Islands of Adventure. Both of which include a section of the Wizarding World of Harry Potter attractions like Diagon Alley. 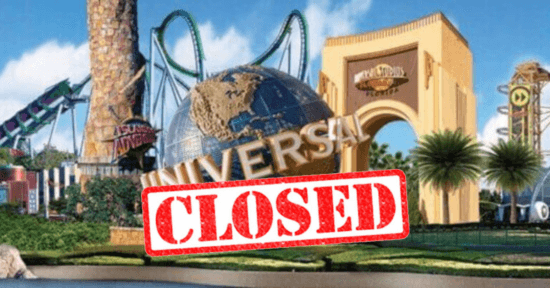 We are extending the closure of Universal Orlando Resort and Universal Studios Hollywood at least through May 31 as we continue to respond to current conditions and make the health and safety of team members and guests our top priority. This includes our theme parks and Universal CityWalk at both destinations. The Universal Orlando Resort hotels have also temporarily suspended operations through this time period. We will continue to monitor the situation and make adjustments as needed, based on guidance from health agencies and government officials.

We are counting down until the day we can get back through the gates of Universal’s theme parks and soak up the fun once again.

Have you ever had the chance to experience Universal’s Volcano Bay? Where does it rank among your favorite Orlando-area theme parks and water parks? Let us know in the comments!