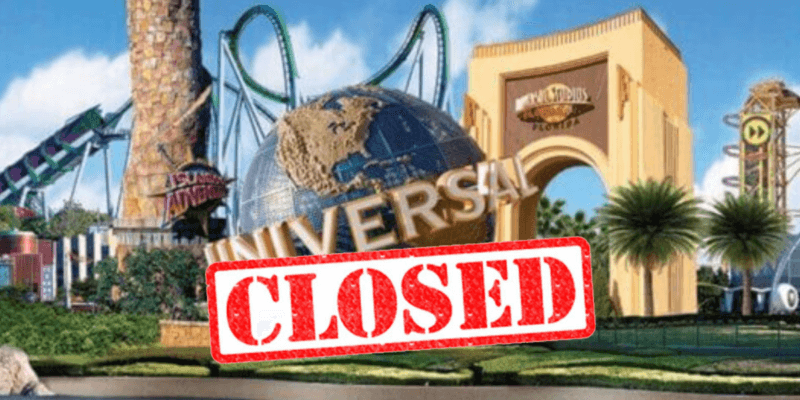 The Universal parks also make it a point to clarify the coming situation for its team members, explaining that every team member will still be paid through April 19. However, starting April 20, all team members will receive 80% of their usual pay. Hourly workers will be furloughed beginning May 3, and only a small handful of team members will be asked to continue working fulltime.

We are extending the closure of Universal Orlando Resort and Universal Studios Hollywood at least through May 31 as we continue to respond to current conditions and make the health and safety of team members and guests our top priority. This includes our theme parks and Universal CityWalk at both destinations. The Universal Orlando Resort hotels have also temporarily suspended operations through this time period. We will continue to monitor the situation and make adjustments as needed, based on guidance from health agencies and government officials.

In addition, we have communicated with our team members today and have this to share:

Taking care of our team members during this difficult and challenging time remains one of our most important priorities. We are working hard to find solutions that also allow us to sustain our business. Our team members will be paid at 100 percent through April 19, but as we enter a more prolonged closure period, we need to take additional measures. Beginning April 20, nearly all our team members will be paid at 80 percent of their pay – and we will ask them to adjust their work accordingly. A small group of team members will be asked to continue working at 100 percent and will continue to be paid at that level. We have also made the difficult decision that we will furlough our part-time hourly workers beginning May 3. During this time, we will fully cover the cost of benefit plans for those team members who have them. All of these team members remain in our thoughts – and, while we don’t yet know when, we look forward to returning them to work one day.

Here's the latest update from our destination.Updates are also available at https://bit.ly/3c6CFGl