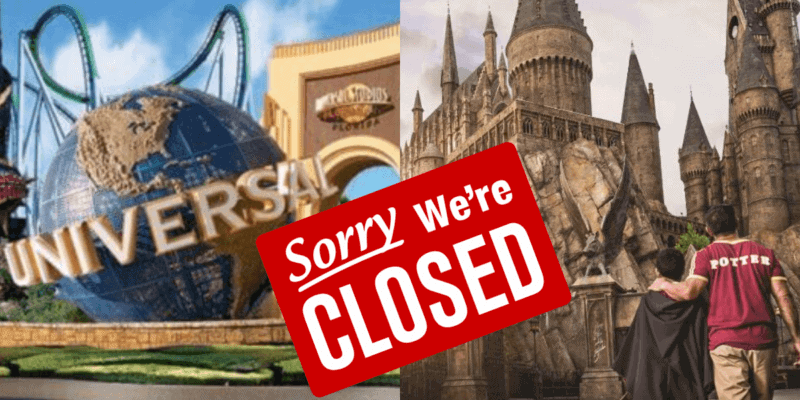 During a meeting of Florida’s economic recovery task force on Wednesday, the CEO of Universal Orlando Resort and Vice President of Universal Parks and Resorts, Jeff Sprouls, admitted that while his team is hard at work, there is still no reopening timeline for Universal Studios Orlando, Islands of Adventure, Universal CityWalk, and Universal’s Volcano Bay Water Park.

“We’re not sure yet how we’re going to do that, but we’re looking for help from health officials to help us figure out what might be an appropriate protocol to try to minimize the possibility of any sick guests entering the parks,” he explained to the committee. Universal Orlando Resort has been closed since mid-March.

While no official plans have been finalized yet, several ideas have made it through initial vetting processes and are being seriously considered. These include the use of face coverings for both theme park guests and employees, constantly cleaning the theme parks during operating hours, scanning guests’ temperatures, a wider implementation of virtual queues for rides and other attractions, and adherence to recommended social distancing standards.

But one condition appears to be absolutely certain: limiting attendance.

“We would be capping attendance to make sure we could create a maximum amount of social distancing,” Sprouls said. “And then, as we gained confidence in those practices and procedures that we’re employing, and as we learned from what we’re doing, we would gradually see that attendance rise.”

Considering that both Universal Orlando’s CEO and Walt Disney World’s President are a part of Florida’s task force, it is doubtful that guests will see much difference between the adopted practices after the temporary closure.

“What Could Would-Be Guests Start to Expect?”

Considering the following ideas brought forward, guests could possibly see more of what they were already starting to get in Universal and Disney theme parks: increased use of virtual queues, and greater implementation of mobile ordering at quick-service restaurants. But would-be guests should also probably expect to see lighter crowds, more Cast Members and Team Members in masks, and a stronger suggestion to wear masks themselves, possibly even temperature readings at security check-ins.

The Task Force’s executive committee is scheduled to deliver its recommendations on how to begin the return to normalcy to Florida Governor Ron DeSantis by the end of the week.

Related: Governor Says Disney World is “Far Ahead of the Curve” on Reopening

What policy changes do you think we will see at Universal Studios Orlando or Walt Disney World Resort? When do you think either park will open? Let us know in the comments!