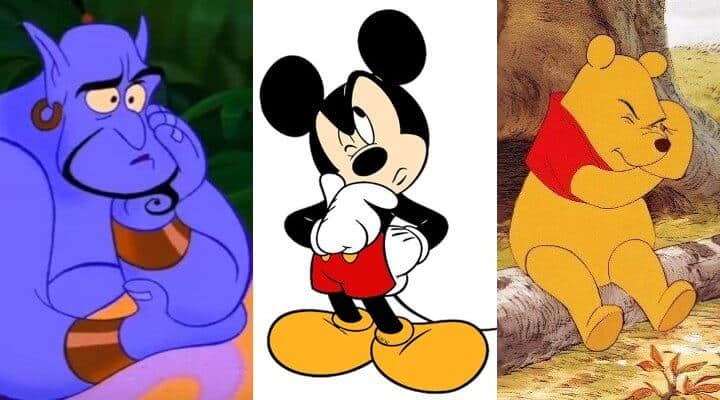 With the coronavirus pandemic keeping us indoors, we’ve done our best to keep you guys entertained with Disney themed Zumba classes, crafts, and even cocktails!

Today, we’ve got something that’ll test even the most hardcore Disney fanatics out there. Compiling only the toughest Disney trivia questions, we’ve created what we think is the most magical and brutally difficult Disney quiz ever.

From the animated movies, to the live-action remakes, to everything in-between, these questions are the ultimate stumpers that are perfect to try to guess with a friend or family member. Feel free to play our quiz and then share it with as many people as you like.

But remember; no cheating!

1. Who voiced the Genie in Aladdin: The Return of Jafar.

3. How many academy awards did Snow White and the Seven Dwarves win?

4. How do you defeat the Black Cauldron? (Hint – it’s not by savage critical reviews)

5. What is the shortest Walt Disney feature film?

6. Which two classic Disney films are referenced via clever easter eggs in Pirates of the Caribbean: The Curse of the Black Pearl?

7. Who composed the music for The Princess and the Frog?

8. Which of these is not an official Disney princess; Anna, Pocahontas, Mulan, Tiana, Belle.

9. In the short The Runaway Brain, what is the name of the monster that Mickey swaps brains with?

10. Which popular song did not feature in The Lion King, but reappeared in the musical adaptation as well as the direct to video sequel and 2019 remake?

11. What is the name of the pop star idolized by Max in A Goofy Movie?

12. What are the nine pieces of eight in Pirates of The Caribbean: At World’s End?

13. Which famous song by R.E.M features in the movie Chicken Little?

14. Name the words corresponding to the letters up to F in Quasimodo’s alphabet

15. Who covers ‘Evermore’ in the credits of the live-action Beauty and the Beast?

All done thinking? Then let’s get on with the main event!

1. Dan Castellanetta. Yes, Homer Simpson himself took over the role in this sequel due to a dispute between Robin Williams and Disney.

2. Little bit of a trick here, but the Director of Frozen, Chris Buck recently confirmed that Tarzan, Elsa, and Anna all share the same doomed parents. Feel free to disagree on this one though, as aside from Buck, there is no official confirmation. ‘Just Anna’ is a perfectly acceptable answer!

3. One. Kind of. Though it was nominated for best original score, Walt Disney himself took home just one Oscar for his first animated feature film; an honorary achievement award, which was technically his, not the film’s; though as it was specifically for Snow White, we’ll count it.

4. You jump on into it! Or, climb into it of your own free will, to be precise. Gurgi made the noble sacrifice in the climax as I’m sure all three of you who’ve watched it will remember.

6. Peter Pan and The Little Mermaid. When Elizabeth tries to warn the British Navy about the zombie pirates, a soldier sarcastically quips back saying not to worry; ‘a little Mermaid flopped up on deck and told them the whole thing’. Governor Swann is also dressed in a suspiciously familiar costume during the prologue.

7. Randy Newman! And what a killer job he did.

8. Anna. Technically neither she nor sister Elsa are officially part of the Disney Princess brand, owing to Frozen and its sequel being so independently popular.

9. Niche that it is, if you’ve seen it, you know that this wonderfully dark Frankenstein parody stars Pete as the lumbering monster named Julius. Half a point for Pete.

10. He Lives in You. One of the best Disney songs out there if you ask me. A classic that is often heard at the Animal Kingdom (for … obvious reasons).

12. This one is brutal. But, the nine pirate lord’s ‘pieces of eight’ (i.e the nine pieces of junk that they happened to have on the day) are: a pair of spectacles, tobacco cutters, the Jade Captain’s knot, a Queen of Spades playing card, a small pewter goblet, a calf-horn snuff box, a broken bottleneck with a cork, Ragetti’s wooden eyeball, and of course, Captain Jack Sparrow’s siamese coin on a bead.

How did you score on our super-hard Disney quiz? How did your friends and family do? Let us know if you enjoyed it and whether you’d like to see Pixar, Marvel, Star Wars, or general Walt Disney quizzes to pass the time!