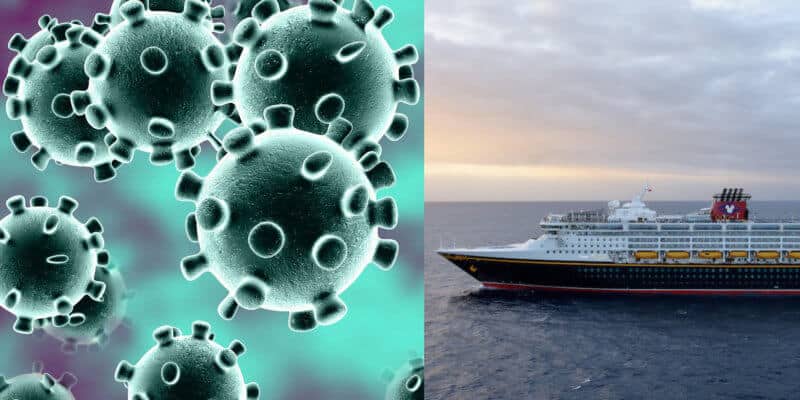 According to a report by Cruise Line News, yesterday around 6:30 P.M. the captain of the Disney Wonder announced over the ship’s intercom that 38 crew members on the ship have tested positive for the virus. The news comes from crew members who worked on the ship who wish to remain anonymous.

From reports, it seems the crew members infected were aboard the same sailing of the ship containing the first passenger who tested positive a few weeks ago–when the ship had traveled from New Orleans to the Port of San Diego on March 19.

At the time of its arrival, passengers were allowed to disembark in California. No passengers showed signs of the disease. However, one crew member who had influenza showed symptoms of the pandemic.

The ship was originally scheduled for a 14-night sail with stops in Mexico, the Cayman Islands, and Colombia, but it skipped several ports along the way to California.

Upon arriving in California, passengers were advised to self-quarantine for 14-days, according to the medical director of the San Diego County’s epidemiology department, Dr. Eric McDonald. Shortly after this sailing, Disney Cruise Line told local media in San Diego that when passengers arrived to their homes multiple had tested positive for the disease.

Crew members on the Disney Wonder have stated that five crew members who tested positive for the disease have been sent to shore-side hospitals for medical treatment.

The Disney Wonder has since remained at port in San Diego since its arrival on March 19. As of March 30, Disney Cruise Line has extended the suspension of all new departures until April 28.

In an official statement on the Disney Cruise Line Website, the company wrote:

With the wellbeing of our Guests and team members as our top priority and in line with direction from health experts and government officials, Disney Cruise Line has decided to extend the suspension of all new departures through Tuesday, April 28, 2020.