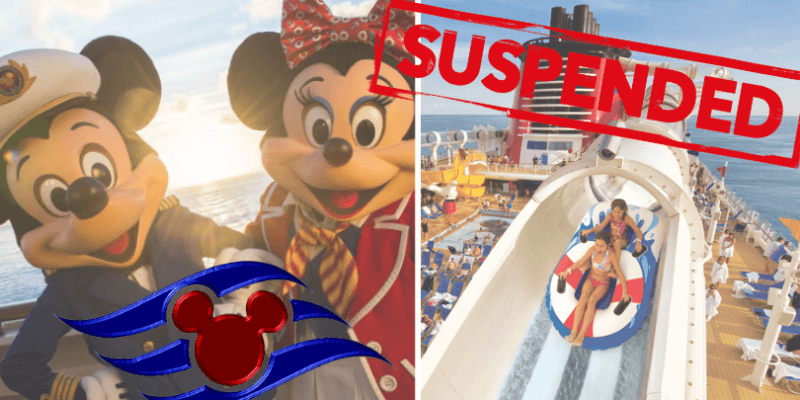 Only a few days after a passenger and crewman aboard the Disney Wonder tested positive for COVID-19 after docking and disembarking, San Diego has closed its port to all other cruise ships still in search for a port.

According to the San Diego Union-Tribune,

The county’s new orders bar additional cruise ships from dropping off passengers in the harbor without public health approval if any passengers have COVID-19. A second order bars any cruise ship from disembarking passengers or crew for any reason after Tuesday, March 31. Ships are, however, allowed to dock “solely for the purposes of receiving fuel and provisions as long as no employee or passenger disembarks.”

While the port of San Diego has taken in more cruise ships since the Disney Wonder–most recently being the Celebrity Eclipse on Monday, March 31, 2020–it was the situation aboard the Disney Wonder that appears to have inspired the ruling.

On the day the Disney Wonder docked after a two-week cruise through the Panama Canal from New Orleans, no passengers were, rather miraculously, reporting any symptoms of the novel coronavirus. But that level of fortune has since been eroded away. Just a few days before the writing of this article, Inside the Magic reported that a former passenger on the Disney Wonder had tested positive for COVID-19, and we have now learned that a crew member has also tested positive for the disease.

“[The Crew Member] remained on board for some time but eventually had to be sent ashore for treatment, but not before having close contact with six other crew members who are all still quarantined on the Wonder. The passenger went to their San Diego home for a 14-day self quarantine. They had close contact with “less than five” family members.”

After this recent sailing, Disney Wonder disembarked 2,000 passengers into San Diego. As of now, we do not know if any other passengers or crew members have tested positive, but it is clear–especially after watching the Celebrity Eclipse drop off thousands of her passengers–that the port city does not think cruise ships are worth the risk right now.

Disney Cruise Line’s second-oldest ship left New Orleans on schedule for her one-way trip through the Panama Canal to what would be her new homeport of San Diego. The ship left on March 6, well before the cancelations were announced. The crew of the Wonder also took extra precautions after the warnings to cancel the five days ashore planned in the Caribbean, Columbia, and Baja. But there is no way we can tell if an unknown person carried the virus aboard or if it was transmitted during any ports of call.

These are the only two reported cases of coronavirus being connected to a Disney Cruise ship, and Inside the Magic will continue to update our readers as this story develops.