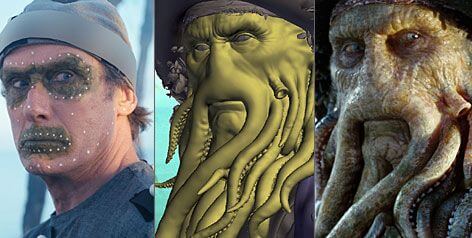 If you don’t know her name, you know her work and her characters. VFX producer Rebecca Ramsey left her mark on an entire generation of moviegoers bringing unforgettable people and places to life by harnessing the magic of computer graphics. She passed away in March after suffering complications following a fall that took place in her own home.

A visual effects veteran, she worked with VFX, VR/AR/MR, 3D stereo, design and motion graphics, she played a part in some of the most popular movie franchises to come out of the past two decades and she served on the board of the Visual Effects Society and was a member of the producers guild. 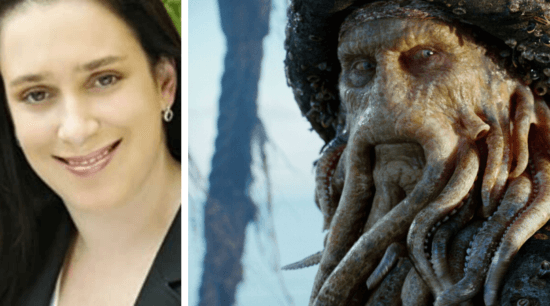 Disney fans should and will remember her as the woman who helped bring the notorious villain Davy Jones to life for Disney’s Pirates of the Caribbean: Dead Man’s Chest.

She was a “visual effects executive producer: Look Effects” on John Knoll’s ILM team that was trailblazing the use of motion-capture technology. Entertainment Weekly praised the work saying “Sporting beardlike, sucker-covered tentacles that wriggle and writhe and can even be used to play mean organ-keyboard licks, Davy looks more alive, more real, more solidly spatial, than any CG character in history.”

Harry Potter fans will also be familiar with her work. Hired on as a “visual effects producer: Gradient Effects,’ she helped bring the Wizarding World to life for a jaw-dropping conclusion, Harry Potter and the Deathly Hallows: Part 2.

According to IMDB, Pirates was not the first time Ramsey worked with Disney. She was a part of the team that produced the cult classic The Nightmare Before Christmas as a “visual effects executive producer: Look Effects – uncredited.”

While she was not the chief designer or any team leader, it is important to remember these people who have the same level of passion for the films as those in charge and those watching the finished products. And without the work of amazingly talented people like Rebecca Ramsey, none of the amazing visual spectacles we see today would ever be possible.

Comments Off on Rebecca Ramsey, Producer who Brought Davy Jones to Life, Passes Away at 53