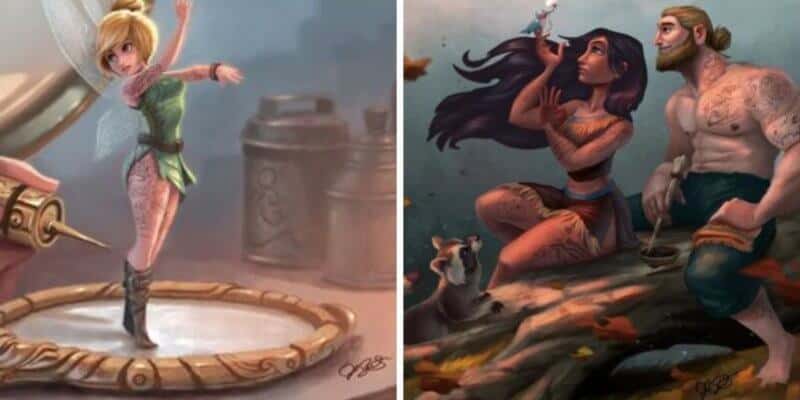 If you are fan of amazing Disney inspired art, you will defiantly like this Tampa artist!

Joel Santana is an artist that is famous for his character designs and illustration. At one point his life, he worked as a freelance artist for Walt Disney World in Orlando. Working for Disney might have influenced some of his amazing art works, or he might be a Disney fan like us, or both.

Despite the reasons for creating incredible Disney inspired art, it is a fact that Santana’s work is breathtaking — Giving an adult view to our beloved animated characters.

Santana doesn’t just focus on Disney characters, but he also draws up Marvel characters — including Spider-Man — and DC characters — like Wonder Woman.

On his website MadHat Creative, Santana’s work is described as “is humorous, some of it is dark, and some are sexy. Nevertheless it is all genuine and an extension of his imagination.”

Some of Joel Santana’s most popular works are those where he figures Disney princesses in an early 20th century Pin-Up style. Characters like, Mulan, Tinkerbell, Belle, Jasmine, and other female Disney characters have been portrayed in that sexy but classy manner.

The amount of details in these creations is just absolutely amazing. If you look closely, you will find a lot if Easter Eggs, related to each story, hidden within the art. Such a detailed art, but still faithful to the Disney characters and completely appealing to Disney fans.

If you are interested in seen more of Joel Santana’s work, or even maybe purchasing one for yourself, you can visit his Instagram, online store or portfolio.

What did you think of the illustrations? Let us know in the comments.