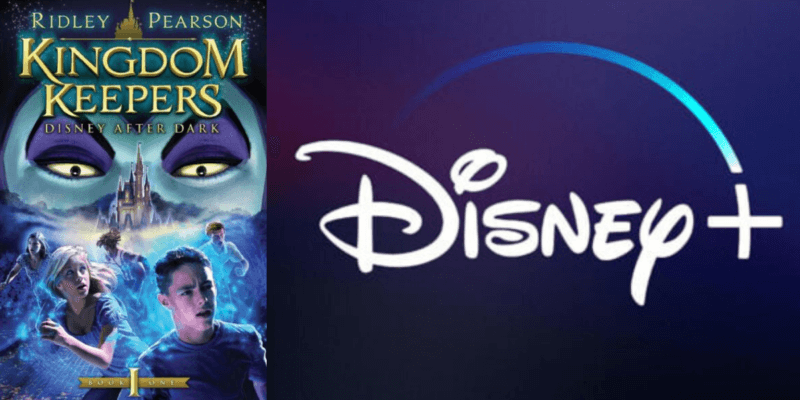 Hold on a second! We just might have a Disney+ series on the way based on the hit book series Kingdom Keepers and it appears that Kevin Smith is involved in it.

While recording a podcast and discussing an episode of the current Disney+ hit The Mandalorian, Smith said the following:

Nothing else has been said of Kingdom Keepers ever even having the possibility of being anything off the written page. Despite fans of the series dying to see something happen. Kevin Smith has given us the first indication of any kind that it just might be happening.

Written by Ridley Pearson, Kingdom Keepers follows the adventures of a few teenagers set to become guides at Walt Disney World and they learn that everything is real; the characters, the magic, and the villains. Over the course of six books–beginning with Disney After Dark, our heroes led by Finn Whitman face off against Maleficent and other Disney Villains who seek to expand their reach of power to the outside world with each book centered around a different theme park.

Their adventures take place in the Magic Kingdom, EPCOT, Disney’s Animal Kingdom, Disney’s Hollywood Studios, and Typhoon Lagoon. The last two books have also taken readers to a Disney Cruise, and Disneyland park. You could buy the books in the Disney Parks gift shops and Disney stores.n the meantime, if you want visual adventures with Disney characters, there’s always Kingdom Hearts.

But again, no other word on it has come up and Kevin was careful to say “Potential show.” Perhaps, as a way to cover for his little leak. At this point, only time will tell if anything comes of the Kingdom Keepers books and all fans can do is wait with bated breath that more develops from that single sentence.

Related: Disney May Release Both “Black Widow” and “Mulan” On Digital and Disney+

Are you a fan of the Kingdom Keepers books? Do you want to see an adaptation come to Disney+? Let us know in the comments!