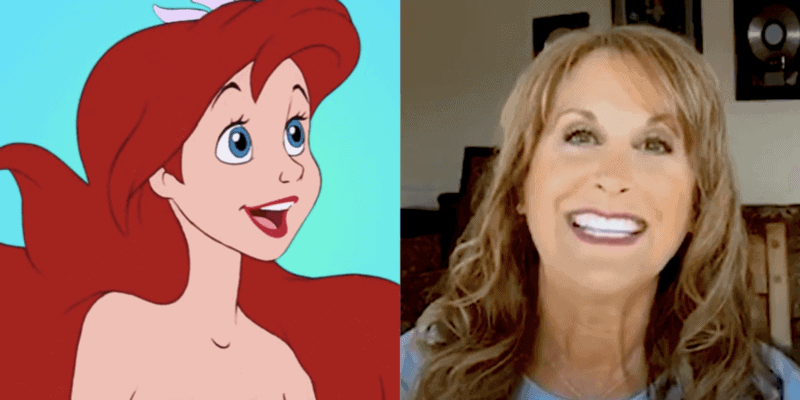 Credit: Disney/YouTube What Do You Suppose

We adore Jodi Benson, who became a Disney legend when she was the voice of Ariel in 1989’s animated version of The Little Mermaid. Benson has always embraced her role as a Disney Princess, recently appearing on ABC’s The Little Mermaid Live musical special and reading an Ariel bedtime story aloud for children.

Now, the real-life Ariel has joined Logan on his YouTube channel What Do You Suppose for an hour long live chat! Logan is a Disney Ambassador and Disney Store Cast Member who runs an Instagram account dedicated to all things The Little Mermaid. Check it out here!

Throughout the interview, which Benson did from home, she discusses all sorts of topics that Disney fans will love, from what she thinks Princess Ariel would be doing during quarantine (“Arts and crafts…hanging out with her family…living her best life…social distancing under the water!”) to how she got her start singing in public.

She ends the hour-long discussion with a few lines from “Part of Your World,” which is incredibly fun! If you’re wondering, Benson still sounds exactly like she did when she originally performed as the mermaid Disney Princess for the Walt Disney Animation Studios film.

What was your favorite part of this Jodi Benson interview? Tell us in the comments after you watch!

Jodi Benson Coming to Disney Plus?

Although nothing has been confirmed, Disney movie fans might be seeing Jodi Benson in another project soon. The Ariel voice actress has expressed interest in returning for Disenchanted, the upcoming Disney+ sequel to Enchanted.

Benson portrayed Sam in the original 2007 film and said in a recent interview, “I don’t know anything about it, but of course, I would love to come back! Sam needs to come back and be a part of it. I did hear they are working on it and that is so fun. I don’t know if I’ll be part of it or anything like it, but gosh, it would certainly be fun. Another neat opportunity to get to work on such a great project.”

While Jodi Benson won’t be appearing in the live action remake of The Little Mermaid, she has voiced her support for Halle Bailey, the new Ariel.

Currently, filming on the new live action Disney movie is suspended, but the cast and crew are expected to return to their abandoned Pinewood Studios set as soon as social distancing regulations are lifted and the Walt Disney Studios team deems it safe for them to begin production.

Comments Off on Little Mermaid Live! Enjoy This Live Chat With the Voice of Ariel, Jodi Benson