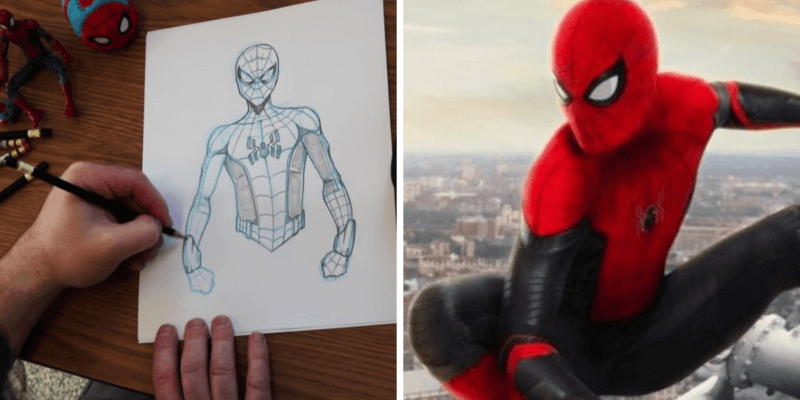 This is true. The artists at Disney and Marvel have the power to draw the web-slinging Avenger, Spider-Man, and now they are taking up the responsibility to make sure you know how to draw him.

As yet another piece of the #DisneyMagicMoments social media campaign, and as a way to celebrate National Superhero Day, Brian Crosby, Creative Director, Themed Entertainment from Marvel Entertainment is here to give you a step-by-step class on how to draw our friendly neighborhood Spider-Man.

Learning how to draw Spider-Man is just the latest activity to come out of Disney’s #DisneyMagicMoments campaign. The social media initiative has been tasked with providing, as the name suggests, daily magical Disney moments to all of the Disney fans at home. Disney artists have already created tutorial videos on how to draw Disney characters from Olaf to Stitch, and an entire online course on computer animation, taught by the geniuses at Pixar Animation, is available for free.

Beyond the artistry, #DisneyMagicMoments has also shared touching tributes, official videos of fan-favorite park parades and shows, and they have even shared recipes of irresistible park snacks.

Spider-Man has become more and more common in the Disney parks since he was first introduced in the MCU during Captain America: Civil War. It is already known that he will be a major figure in the first phase of the new Marvel-themed land Avengers Campus when it opens at Disney California Adventure. He will not only have an attraction fit for all ages, but he will also be seen performing acrobats from roof to roof.

Think you can draw a good Spider-Man? Follow the video and share a picture of your work with us in the comments!