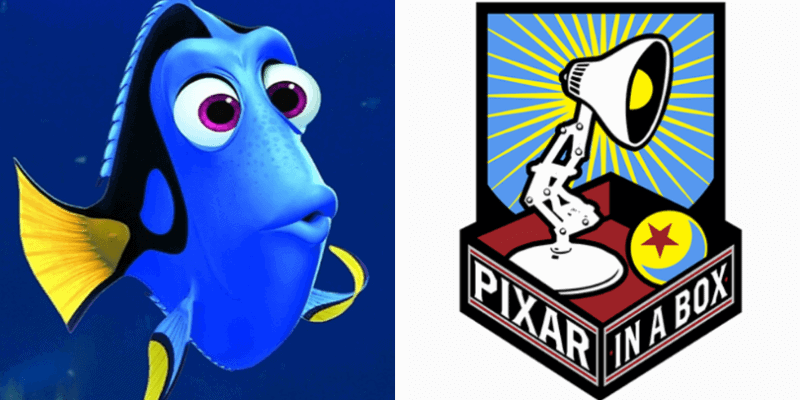 Everything is shut down, and people are required in one way or another to stay at home. Now is the perfect time to learn something. And why not learn how Pixar Animation Studios make their masterpiece films?

Kahn Academy, the same group behind Imagineering in a Box, has teamed up with Pixar Animation Studios to give us Pixar in a Box.

Pixar in a Box is a behind-the-scenes look at how Pixar artists do their jobs. You will be able to animate bouncing balls, build a swarm of robots, and make virtual fireworks explode. The subjects you learn in school — math, science, computer science, and humanities — are used every day to create amazing movies at Pixar. This collaboration between Pixar Animation Studios and Khan Academy is sponsored by Disney.

While, yes, you can just watch the Pixar films on DVD, Digital, or Disney+, why not take the next step and learn about them and the people that make them? Discover how the digital magic is brought to life, the ins and outs of storytelling, and where these creative people get their inspiration.

Pixar in a Box is truly a full “Masterclass”-style online course that begins with an orientation, and includes classes such as “The Art of Storytelling,” “Hair Simulation 101,” and “Geometry of Dinosaur Skin” alongside classes like “How Virtual Cameras Work,” and “The Physics of Particle Systems.”

Parents, this is a perfect opportunity to introduce your kids to the world of digital animation–its science and artistry–as well as the real world of Pixar Animation. Even though we are currently all stuck at home, that doesn’t mean we can’t use this time to ignite one little spark of inspiration in both Disney and Pixar’s next generation of animators and storytellers, right?

The best part: This entire course is completely free! Just click here to start your journey!

But this is not the first online class we’ve found. Here at Inside the Magic, we’ve already found a few other amazing Disney-focused online classes! Click the link below to learn more:

Learn More: Bring Disney Into Your Home With These Disney Online Classes