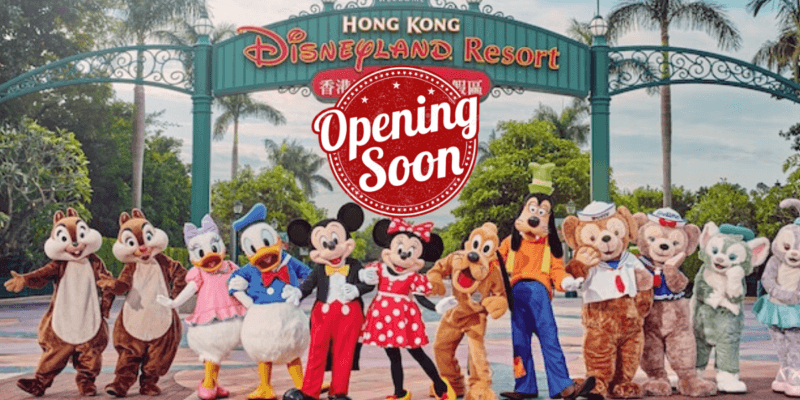 Hong Kong Disneyland has shown signs of life as it begins preparations for a reopening that focuses heavily on maintaining social distancing.

Hong Kong is the second Disney resort to reportedly be preparing for reopening after it was discovered that Shanghai Disney Resort was installing social distancing markers in the queues and using “fake guests” to perform reopening simulations.

News of Hong Kong Disneyland Resort’s initiatives came via Twitter with the caption,  “#HongKongDisneylandResort has set up trail for queuing areas in this week. This aims to main social distancing among guests.”

So far this picture is all the evidence we’ve acquired of Hong Kong Disneyland’s “trials.” We will undoubtedly see more as this story develops. As of April 29, there is still no reopening date scheduled.

But there is far more activity happening regarding Hong Kong Disneyland beyond the front gates. Construction continues on the park, including the new Frozen-themed land and the new castle, and Hong Kong Disneyland’s Flight of Fantasy parade was streamed by Disney as part of the ongoing #DisneyMagicMoments social media campaign.

Connected with the Disneyland Resort Hotel, Hong Kong Disneyland was Disney’s second resort in Asia and in many ways a stepping stone to the creation of Shanghai Disney Resort. It was the second Disney resort to enact a temporary closure due to the current pandemic crisis, and it has assisted the Hong Kong government in allowing them to use a section of land set aside for further expansion to be used as a quarantine facility.

This Disney theme park has been at the center of some drama over the past several months as protests against the government kept many guests away from the parks before the closure, and Hong Kong officials have considered confiscating land in order to build affordable housing complexes.

Still, Hong Kong Disneyland is being set up to be one of the most exciting theme parks in the family as it celebrated the recent opening of a new Marvel attraction, and as it gets ready to open the first-ever Frozen-themed land.

If Hong Kong Disneyland has been on your list for a while, reach out to our friends at Academy Travel. Backed with years of experience, they know what it takes to get the best possible deal for your Hong Kong Disneyland vacation. Click here to learn more and receive your free, no-obligation quote today.