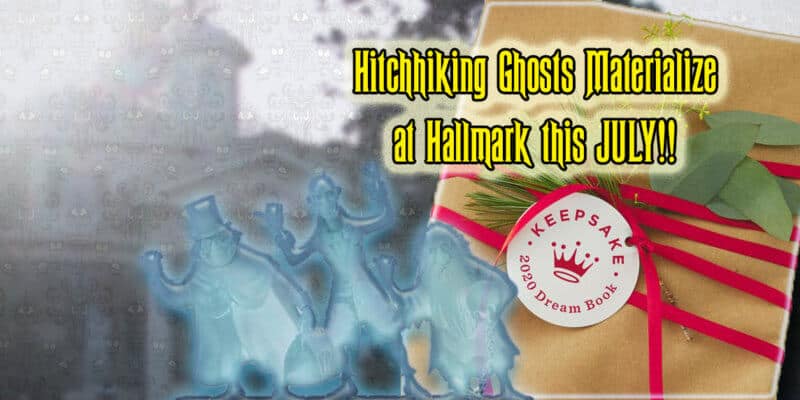 This article has since been revised with more up-to-date information.

As we adapt to this new and, hopefully temporary, stay at home kind of life, many have turned to Christmas decorating to share some joy. Disney fans may have an extra reason for holiday happiness as rumors point suggest Hitchhiking Ghosts haunt Hallmark stores this season!

Disney ornaments are no stranger to Hallmark stores. From classic characters, like Mickey Mouse and even Jack Skellington, to interactive, sound and light up Star Wars tree decor, these magical baubles bring a bit of the parks to our homes. 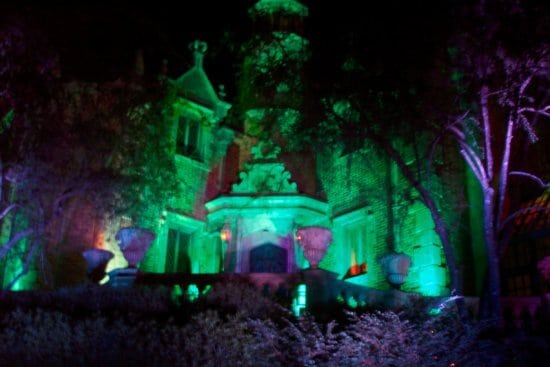 If it brings happiness and spreads smiles, we’re all for it! Which is why we were filled with ghoulish delight when a single image emerged online, suggested a terror-ific trio of ghostly greats could be making their Hallmark ornament set debut this year. Thank you ghost host!

It seems sympathetic vibrations have been well received! The spirits, at least three them, are indeed assembling for a swinging wake this July!  As revealed in the 2020 Hallmark Keepsake catalog, Hitchhiking Ghost happily haunt the holidays this year! 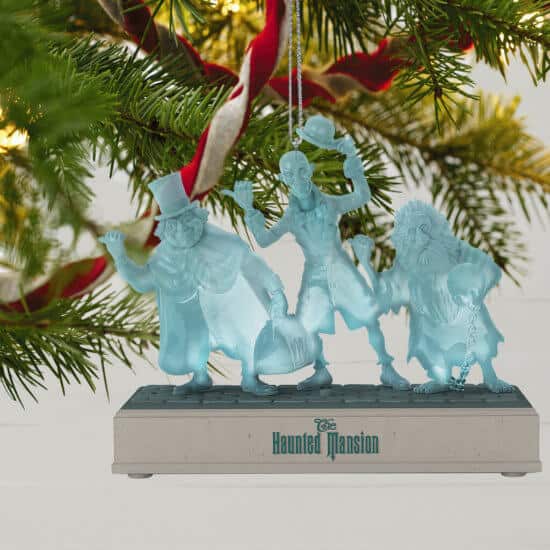 “Beware, your Doom Buggy has just crossed paths with three hitchhiking ghosts: Ezra Beane, Professor Phineas Plump and Gus. Of course, if you love to read the witty wordplay on the tombstones and waltz with the spirits in the ballroom at The Haunted Mansion, you won’t mind these eerie travelers making themselves at home on your tree. Relive the fun of a visit to the Disney Parks when you press the button on this Christmas ornament to make the happy haunts light up and play audio from the beloved attraction (battery-operated). We think you’ll agree they deserve a place in the dead center of your holiday decor.

Magic Light and Sound Christmas tree ornament. Press the button on the ornament to see the scene illuminate and hear music from “The Haunted Mansion.” Requires three (3) LR44 batteries, included.

Artist crafted by Ken Crow, this Keepsake Ornament comes pre-packaged in a box for easy gift giving, preservation and storage. Dated 2020 in copyright.” 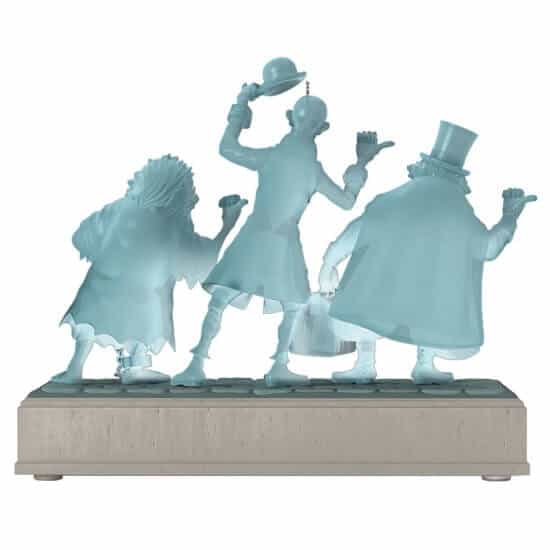 According to a recent post on the popular Facebook “Haunted Mansion Fan Page and Buy/Sell” page, this creepy cool collectable is rumored to include hot and cold running chills (lights and sound).  No other information other than the single image of the highly hoped for Hitchhiking Ghosts materialized as of yet.  Right now, even Madame Leota can offer no further insight into this soon to be sought after spooky surprise. 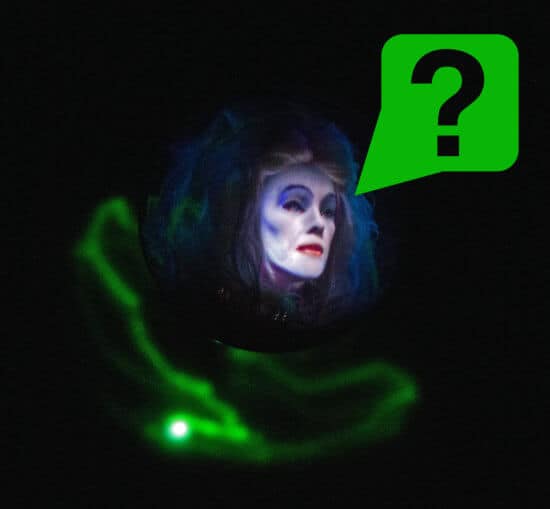 What we can see, from the leaked image, is that the blue-green ghosts appear to have apparated onto their own stone stand. Appearing similar to the Disneyland hitchhiking ghosts popcorn set. “The Haunted Mansion” manifests, spelled out in green Ravenscroft font, on the front. A small eye hook emerges from Ezra’s head, as if to allow these grim grinning ghosts to haunt a family Christmas tree as a hanging ornament. 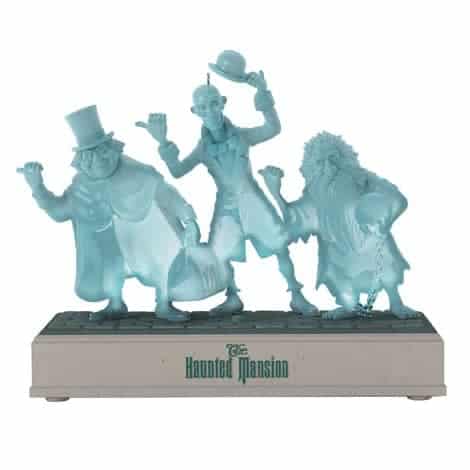 Halloween and similar happy haunts have been a part of the Hallmark holiday season line up for years.  From classic monsters and movie icons, these dark delights join scores of winter wonders and pop culture collectibles as part of Hallmark’s Keepsake Collection.

Gus, Ezra and Phineas have haunted Hallmark stores in the past. As part of the Jim Shore “Disney Tradition” series, the infamous (infa-mouse?) trio tempted Mansion fans as stylized small statues. There’s even a Hatbox Ghost as part of the same series. These can still be found online and at shopDisney today. 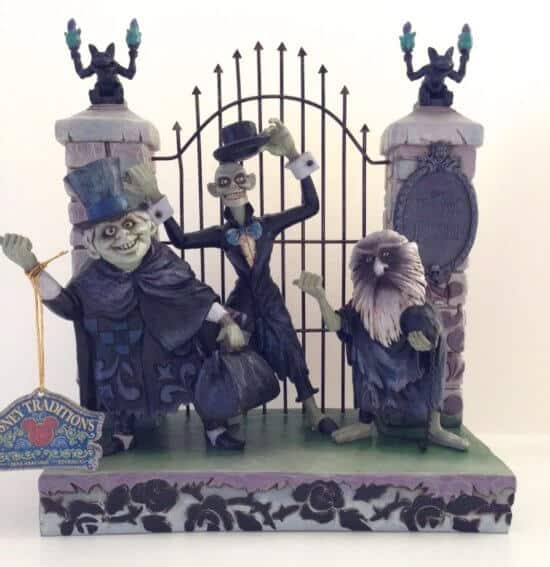 Hitchhiking Ghosts remain shrouded in a daft disguise for now

As far as we know, aside from the fiendishly fun photo found on Facebook, no other evidence of this harrowing haunted mansion characters ornament exists in the mortal realm. Of course, we will keep digging for more information.  Until that materializes foolish mortals will have to wait to create their own Haunted Mansion holiday.

Hallmark usually reveals its 2020 line up of Christmas collectables sometime in April.

Do you hope to see a new Hallmark Haunted Mansion ornament materialize this year? Let us know in the comments.