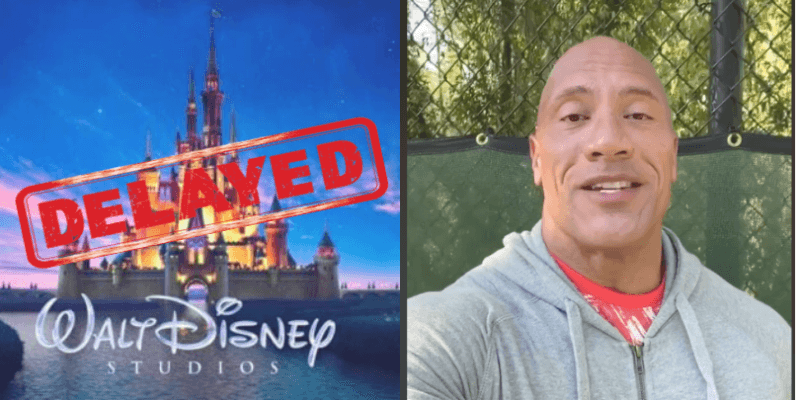 Among the films pushed back was Disney’s Jungle Cruise starring Dwayne “The Rock” Johnson. Instead of being released on July 24, 2020, Jungle Cruise will not be released until July 30, 2021. But The Rock took to social media to share his own response and the actor had nothing but optimism and support to share about the new release date.

In a video shared by Walt Disney Studios, The Rock wrote,

Our @disneystudios JUNGLE CRUISE is officially pushed by one year to be released JULY 30, 2021.
I feel great and bullish about this date as it gives us time for Disney to be fully operational in all their businesses – theme parks, hotels, cruise ships, but more importantly, it gives the world time to bounce back to living confidently, productively and joyously once again.
Thank you, Disney leadership team.
And thank you to all the fans worldwide.
The movie will be worth the wait.
Stay healthy, my friends.

"Sharing a biz update in the world of entertainment and movies ? ?Our @disneystudios JUNGLE CRUISE is officially…

It’s not surprising to see The Rock show this support to Disney. The actor has become more and more familiar as a Disney actor, especially since his role as the Demigod Maui in Disney’s animated feature Moana, and now he will help bring one of Disney’s most iconic attractions to the silver screen in a role as connected to it as Johnny Depp’s Jack Sparrow was connected to Pirates of the Caribbean.

But The Rock appears to be setting up the new Jungle Cruise release as a final return to normal. When the film is released, we will all be back in the right Disney mood: where everything else is built back up and we can truly forget about everything else and immerse ourselves into an epic, lighthearted, comedic adventure.

Jungle Cruise will be the third major motion picture directly inspired by an original Disney attraction after Pirates of the Caribbean and the Haunted Mansion.

Are you excited about the Jungle Cruise movie? How do you feel about the film being pushed back so long? Let us know in the comments!