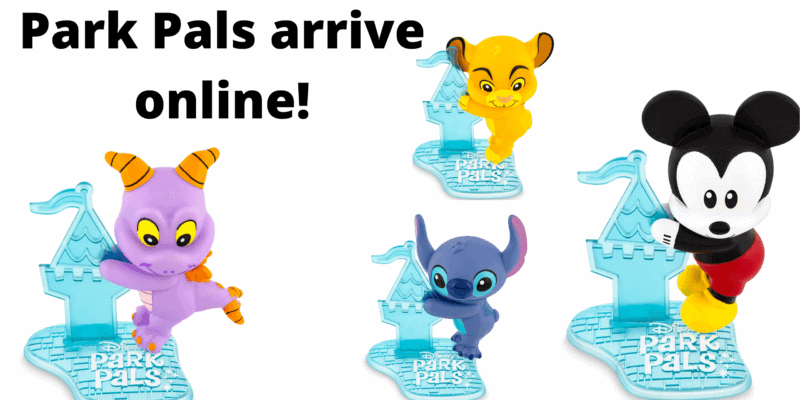 We fell in love with Park Pals when they first arrived at Disney’s theme parks and seeing new versions is one of the many things we are currently missing with the Disney Parks being closed temporarily. It seems that Disney has once again answered the call of fans and there’s now no longer a need to step foot inside the Magic Kingdom, Epcot, Disneyland or any of Disney’s other parks to pick-up one of the lovable Park Pals.

A small selection of some of the favorites has now arrived on shopDisney. Here are the ones we’ve spotted on the website:

Each of the Park Pals can be clipped onto your favorite accessories like a cool decoration or displayed on your shelf at home thanks to the included stand.

Park Pals follow many of the other accessories found in the parks, arriving in a very small number, to begin with, and then growing as guest interest increased. When I was in Orlando back in October/November, it was crazy to see how many people were picking up their very own Disney Park Pal. Who can blame anyone — they’re a lot of fun and now that they’re on shopDisney, many more people are going to be purchasing their first Park Pal!

Each Park Pal retails at $11.99 and this applies to every character, none are more expensive than the others. If these continue to be popular in the parks then it wouldn’t be a surprise to see Disney begin to introduce limited releases with different styles for some of the more popular characters.

I personally always find it difficult to turn down anything with Stitch or Figment attached to it.

Related: Read why I think Figment has a bright future ahead of him at the Walt Disney World Resort

Will you be picking up one (or several) of the Park Pals now that they’re on shopDisney? Let us know in the comments below!