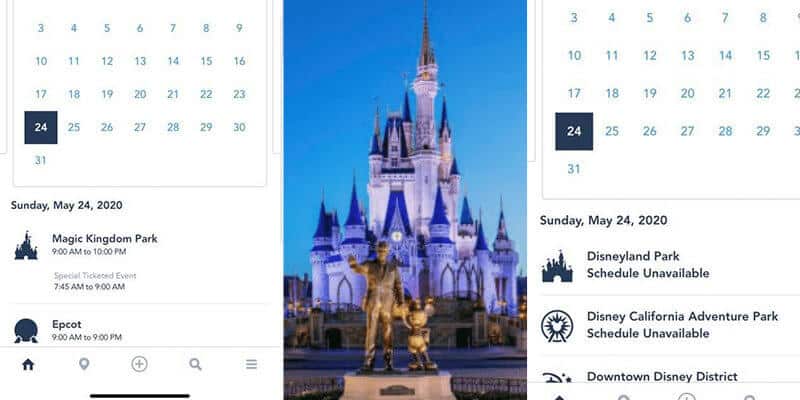 In the wake of the recent pandemic, both Walt Disney World and Disneyland Resort theme parks have been closed until further notice. However, it seems a change in hours on both resort’s theme park hours calendars shows we may have a new idea of when the parks could be reopening.

As we previously reported, the dates on the theme park hours calendars for both Disneyland and Walt Disney World had been deemed “closed” until May 17. Although, now it seems these calendars have been updated again to reflect another week of closure running through to May 23.

At this time, it’s worth noting that both Walt Disney World and Disneyland have not announced official reopening dates of their theme park resorts.

On Tuesday, it was revealed by the Task Force to Reopen Florida that Central Florida theme parks, including those at Walt Disney World and Universal Orlando, were given the opportunity to open at their own discretion following CDC recommendations and using best practices that will protect the life, health, and safety of their employees and guests.

As far as the Disneyland Resort theme parks in California, according to the latest state guidelines from Gov. Gavin Newsom, it’s been indicated that they may not reopen for months. This news comes due to the state’s decision to utilize a 4-stage set of guidelines–guidelines which include theme parks in its stage 3 or 4, which are predicted to be “months away” from now.

What are your thoughts on the possibility of Walt Disney World reopening by May 24? Let us know in the comments!