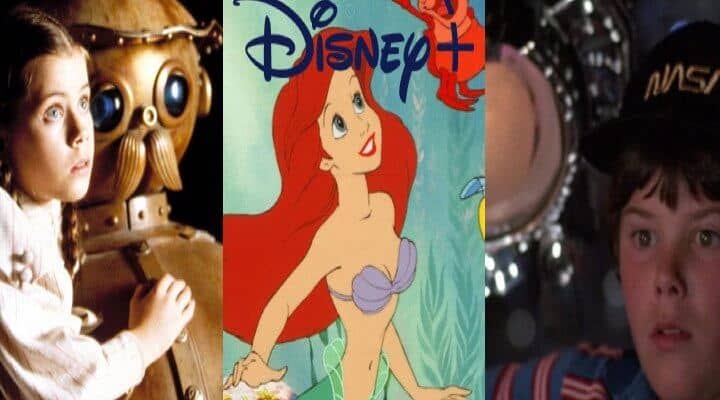 The 80s notoriously represents a bit of a dark time in Disney’s movie history. Walt had been gone for a decade-and-a-half, and unfortunately, the classic movies just weren’t coming. Movies like The Black Cauldron were too dark and alienated mainstream audiences. It seemed for a while that the mouse had lost its mojo.

However, it wasn’t all bad. Animated classics like The Great Mouse Detective may have been few and far between, but the live-action film output was strong. Movies like Flight of the Navigator, Who Framed Roger Rabbit, and the awesomely disturbing Return to Oz demonstrated a bold new direction for kids movie to take. And hey, with the impending sequel bringing Rick Moranis out of retirement, there’s no better time to watch the original Honey I Shrunk the Kids.

Retroactively, you can also now add two of the greatest movies ever made, Star Wars Episodes V and VI into the mix; having two parts of the Skywalker saga certainly doesn’t hurt! And we all know that the end of the 80s marks a turning point into the Disney renaissance with the creation of the seminal animated classic; The Little Mermaid. Disney had brought the Disney Princess back, but this was only the beginning of the success to come.

So in honor of the 80s, pull yourself away from tv series like Star Wars: The Clone Wars or The Mandalorian and check out our throwback watchlist to get that sweet 1980s nostalgia.

Below is our pick for the 80s movies not to miss that available to stream on Disney Plus right now. Forget your Toy Story, your Iron Man and your Captain America; we’re taking you back to the land of denim and perms baby;

For our money, Disney watchlists like this are the reason that Disney Plus outshines streaming service competitors like Netflix. The plethora of classics and exclusive originals at the tap of a button is a God-sent for any Disney fan. Where else can you watch your favorite Disney show and then immediately flick over to a classic Disney film, all through the magic of streaming? Nowhere but Disney plus.

Don’t miss our 70s watchlist either.

Are there a classic 80s Disney film that we missed? Which story captured your imagination as a kid? Let us know in the comments below.

Comments Off on What To Watch On Disney+: The Ultimate 80s Movies Watchlist