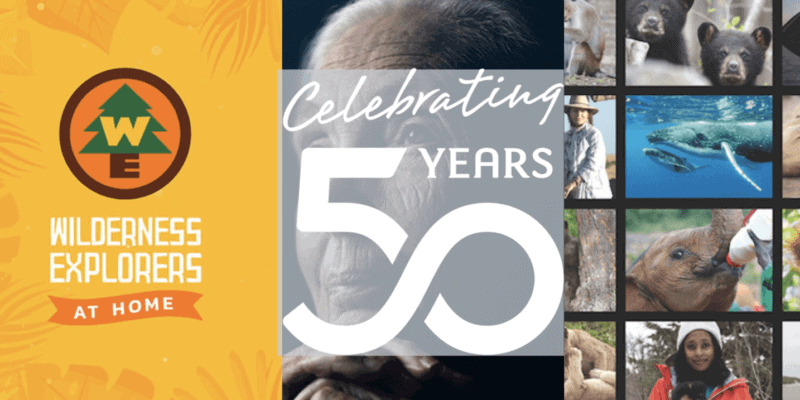 This year marks 20 years of Earth Week and Disney is offering plenty of activities to commemorate a half-century of appreciation for the natural world around us. In an Earth Day Disney Magic Moments post today, the Walt Disney Company has shared all sorts of Earth Day fun for the whole family.

All week long, the Disney Parks Blog and other Disney social media platforms will be highlighting the Disney Conservation Fund, which celebrates its 25th anniversary on Earth Day 2020. The recently-honored caregivers at Disney World’s Animal Kingdom will even be sharing behind-the-scenes looks at some of the wildlife who live at the Florida theme park.

We bet Animal Kingdom’s new baby zebra will be featured, so don’t miss out!

For the youngest wilderness lovers in your household, Disney is launching a Wilderness Explorers at Home video series that would make Carl and Russell proud! Each episode of the Wilderness Explorers shorts will showcase ways that kids and parents can experience nature together at home without leaving their own backyards!

This Up inspired video mini-series will premiere on Tuesday, April 21 on Walt Disney World’s My Disney Experience app.

National Geographic, which is owned by the Walt Disney Company, is celebrating Earth Day with all sorts of new activities and television shows produced to commemorate 50 years of Earth Day.

First, the brand recently launched NatGeo@Home, which will be hosting a virtual at-home safari in honor of Earth Day’s 50th birthday! This is a fun way to get elementary kids engaged in your family’s Earth Week celebration. Also, don’t miss out on NatGeo@Home’s other programming, which includes daily talks about the wild with Nat Geo Explorers.

The “Born Wild” premiere event will also air on April 22 at 8 PM EST. This Earth Week television event will be available on both the National Geographic Channel and Nat Geo WILD. It was produced in conjunction with ABC News and features a voiceover by ABC news anchor, Robin Roberts.

If you’re looking for something to do before these fun Disney Earth Day activities launch, check out the DisneyNature films that are currently streaming on Disney+!

Disney Earth Week 2020 is bound to be a great experience for every Disney fan, even though we can’t celebrate exactly how we anticipated! What is your family planning to do for Earth Day’s Big 5-0? Share your plans in the comments!