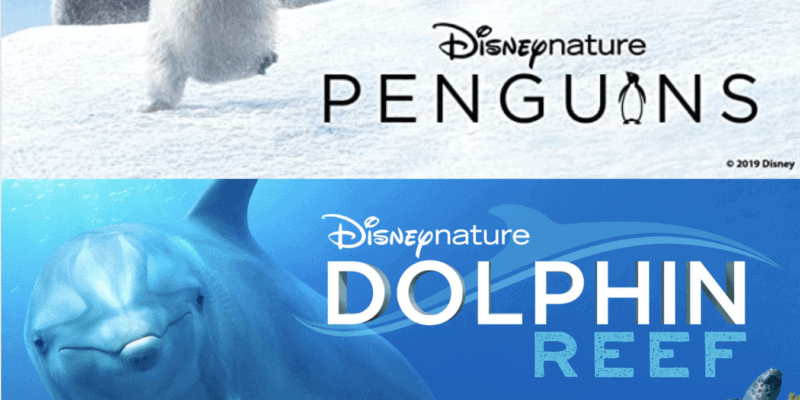 Due to school closures, an increasing number of parents around the United States have found themselves homeschooling for the time being. Even though school districts are offering a variety of e-learning opportunities, finding educational resources online is more important than ever.

Disney has recently provided parents with new DisneyNature education packs that are designed to teach kids from about 7-12 years of age about some of the amazing animals in the world! On Friday, April 3, DisneyNature Penguins and DisneyNature Dolphin Reef both arrived on Disney+.

Each Disney PDF booklet can be downloaded and printed for free. These Disney education resources are a great addition to your home education curriculum. Whether you add an animal documentary into your routine once a week or you spread a single documentary out over the course of a week, DisneyNature on Disney+ is an excellent way to keep kids engaged.

In addition to Penguins and Dolphin Reef, Disney+ has a large library of other DisneyNature and National Geographic documentary films and docuseries that are appropriate for elementary children and teenagers.

DisneyNature Crimson Wing is a beautifully done flamingo documentary and National Geographic’s Unlikely Animal Friends series will teach little ones (and adults, too!) about unlikely animal duos who have found a way to defy nature and forge close bonds.

We know it can be tough to get things done with children running around all day, so take advantage of this guilt-free screen time! For more Disney education, check out Khan Academy’s “Imagineering in a Box” and “Pixar in a Box” courses!

Will you be using Walt Disney Company parent resources to round out your at-home lesson plans? What’s your family’s favorite DisneyNature documentary? We want to hear in the comments!