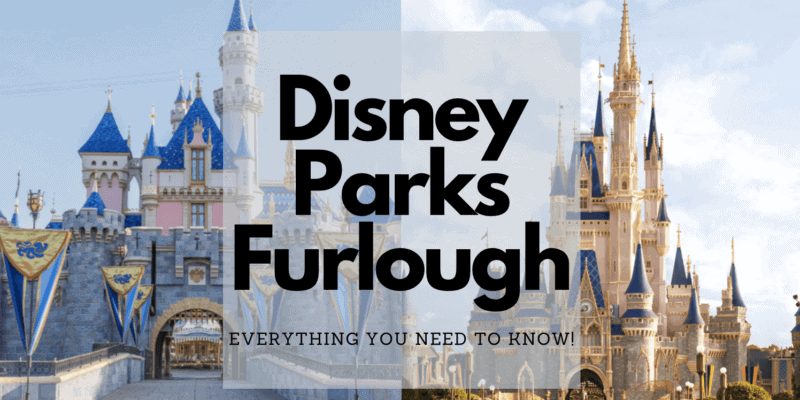 **UPDATED 04/11/2020 to reflect the latest information regarding the Disney Parks furlough agreement.**

Approximately 40,000 more unionized Walt Disney World employees will be furloughed beginning on April 19, 2020. You can read more about the latest update here.

When Disneyland and Disney World announced that they would be closing until further notice, they confirmed that Disney Parks Cast Members would be paid through April 18. The Walt Disney Company has been working with various Cast Member unions to reach agreements prior to the start of Disney employees‘ April 19 furlough period.

In a statement, Disney said that it has “reached agreements with several unions for hourly cast members that will maintain members’ health insurance benefits coverage, educational support and additional employee assistance programs during a temporary furlough effective April 19.”

The Disney Parks announcement continued, “These agreements provide an easier return to work when our community recovers from the impact of COVID-19. We are grateful to have worked together in good faith to help our cast members navigate these unprecedented times.”

To date, Disney theme parks have reached furlough agreements with 12 Cast Member unions (and counting). The latest announcement (which took place on April 11, 2020) regarding the COVID-19 furloughs indicates that 40,000 Disney employees will be temporarily furloughed until the theme parks.

The ITM team knows Disney is doing everything in its power to keep both essential and non-essential workers safe during the pandemic. Essential Disney Cast Members are now reportedly allowed to wear masks to work and the executive teams at both Disney World and Disneyland are still working closely with Cast Member unions to ensure that workers’ needs are met throughout the pandemic.

Workers United Local 50 is the largest of these Disneyland CM unions, representing nearly 8,000 food and beverage Cast Members who will be furloughed at Disneyland Resort in Anaheim.

On the East Coast at Walt Disney World Resort, Disney has reached agreements with two CM unions so far, though it looks like discussions and negotiations continue.

Disney Parks executives have come to a furlough agreement with the American Federation of Musicians Local 389. This Musicians Local division represents Disney World musicians in Orlando. The Walt Disney Company also reached an agreement with the International Brotherhood of Electrical Workers Local 2088. This union represents hourly Cast Members who are employees in the Guest Services Call Center and other telecommunication roles.

Inside the Magic will continue to bring you Disney Cast Member union furlough agreements as news breaks.