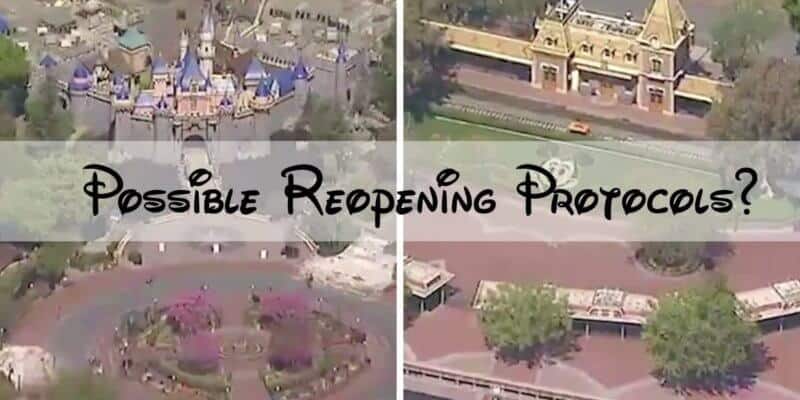 The current global pandemic has affected several different businesses worldwide, including the Disney Parks — who has had to make several sacrifices including temporarily closing their theme parks. Walt Disney World, Disneyland Resort, and the other Disney Parks across the globe have unfortunately seen major losses due to their temporary park closures.

With the current pandemic, it has a lot of people wondering how the Disney Parks will manage reopening to the public. How will daily operations be changed? Will Disney be performing temperature screenings prior to entering the parks? Will guests have to wear face masks? Will social distancing still be practiced?

There are several different reports stating different ways of managing operations and now, Gateway Ticketing Systems is sharing their thoughts in a new report. On Wednesday, April 15, 2020, Gateway Ticketing Systems held the fifth installment of their Webinar Wednesdays series titled: Reopening Strategies and Transitioning to a Capacity Managed Attraction, which shared insight on how they think theme parks in the United States could handle reopening.

The attendees discussed how the theme parks could limit the number of guests at the gates, inside the parks, or even on particular rides. These protocols could be implemented into the Disney Parks in the United States — including both Walt Disney World and Disneyland Park — in order to help with crowd management.

“We’ve seen attractions reopening in other parts of the world on a limited basis with a focus on safety and flexibility, and in a capacity managed manner,” says Randy Josselyn, co-host of the webinar.

“Capacity management isn’t just for your special event anymore. In a post-COVID world, it will likely be for your entire venue or attraction. So we wanted to start developing the story of what a visit to your venue will now look like in this new world, and how you can potentially limit the number of guests at your gate, in your venue, and at particular rides or exhibits.”

Randy Josselyn was joined by Eddie Jones, the Desktop Support Specialist at the Atlanta Botanical Garden, who shared their plans for selling tickets, which could easily be mimicked by Disney Parks in some capacity. Jones stated that tickets would be sold “in fifteen-minute intervals and only allow fifty people to enter during that interval, limiting their daily attendance from a maximum of about 7,000 guests to just 2,000 – 2,500 a day.”

Jones also discussed the solutions they’ve developed to help continue safety protocols, social distancing as well as the flow of people rushing through the gates. These include things such as purchasing USB extension cords so scanners can be placed in a safe distance location, allowing guests to scan themselves into the theme park. Larger changes were also discussed including potentially closing their exit point of the Garden (as it is located twelve feet from the entrance) and instead, using a back gate as a new guest exit. This could easily be a protocol that the Disney Parks mimics as the exit and entrance to the theme parks are near one another, just like at the Garden.

You can watch the full webinar here.

We are still unsure of when the Disney Parks will reopen. The latest announcement states that both Walt Disney World and Disneyland Resort will remain closed until further notice. Inside the Magic will continue to update you as we receive more information regarding the temporary park closures.

How do you think Disney will control crowds when the parks reopen? Share your thoughts with us in the comments below.