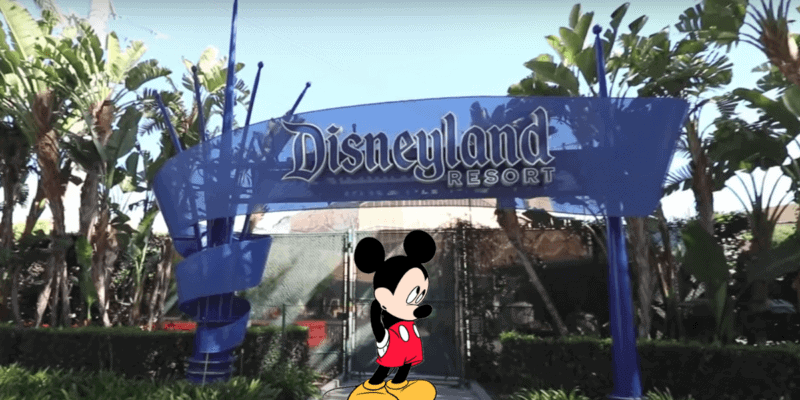 It can be hard to imagine and accept it, but the Disneyland Resort has now officially been closed for more than an entire month. The gates remain locked, construction is at a standstill, and the streets are empty. But how does the park look after being closed for so long? Well, we found a video to answer just that.

YouTuber @JustinScarred took it upon himself to stop by the Happiest Place on Earth during a leisurely stroll around Anaheim, and he decided to document his adventure for all of the Disney fans to see.

In the video caption he wrote:

Disneyland is still closed. Nearly everything around it is shuttered. But one of the few things we’re allowed to do during the current stay-at-home situation is take occasional walks. Well after being indoors for a straight week without a break, I’m ready to stretch these legs out, and what better way than a long walk around the Disneyland resort perimeter, to see how my hometown is faring during the closures, and who better to take along than you?

As he shows as much as he can of Disney’s first resort, the YouTuber walks from Ball Road to Harbor Boulevard to Katella, and then proceeds down Disneyland Drive past the empty Downtown Disney, all areas that Disneyland Resort annual passholders and frequent visitors will be familiar with. He describes the place as being “abandoned but in sort of a beautiful, peaceful way.”

The connection can be made to Princess Aurora. Like the namesake of its castle, Disneyland has fallen into a deep sleep. Still and alone, but at peace, waiting to be awakened and find its own Happily Ever After.

Related: Disneyland, The Happiest Place on Earth For.. Cats?

For the readers concerned about this footage violating social distancing ordinances, this videographer made it appoint to address those concerns saying:

“Thankfully in Orange County we’re still allowed to go out and go for walks. I did not get within 20 feet of another human (there weren’t many out to begin with) but at all times one was in sight, mask was on. Didn’t end up touching anything, hand sanitizer was in pocket and gloves just in case anyway. No one spoke to me other than Disney security from a distance beyond a fence just to say hello. Lots of police and security protecting the park and all the local businesses, so the area is secure. Now back inside for another long stretch. I hope all of you are staying healthy, safe and sane during these crazy times!”

As of April 17, 2020, the Disneyland Resort is still closed until further notice and Disney fans around the world wait desperately until the day they can once again step into the magic.