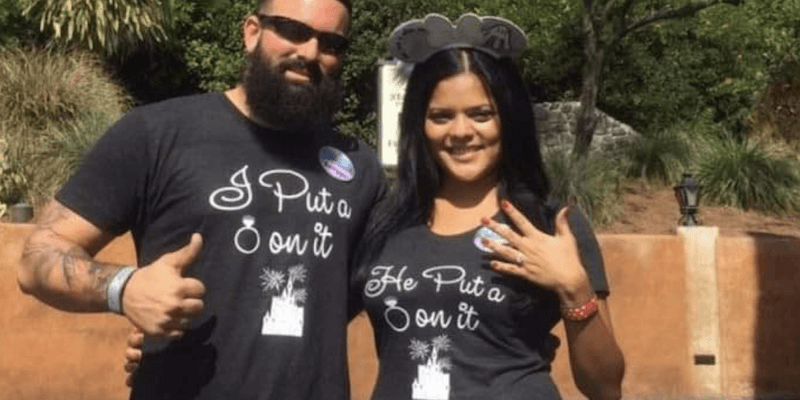 For many of us, the Twilight Zone Tower of Terror is one of the most terrifying thrill rides that Disney’s Hollywood Studios has to offer. However, for Kris Martinez, it made for the perfect venue for a super romantic Tower of Terror proposal.

Kris and his wife Yanira are huge Disney buffs, and big fans of the Twilight Zone Tower of Terror. So naturally, Kris made one particular ride a memorable one, when he decided to pop the question mid-air on this classic attraction. Check it out:

Kris says Yanira had no idea that he was going to propose, let alone that he would do it on a Walt Disney World attraction! After asking the ride attendant to give them the cart to themselves, Kris sneakily got his wife’s best friend to keep her busy, while he and other family members held up the big question on cards. After she said yes, Kris had arranged for her family to meet them in EPCOT and they partied at the Mexican pavilion all night long. Has Disney or Hollywood Studios ever seen something so romantic? 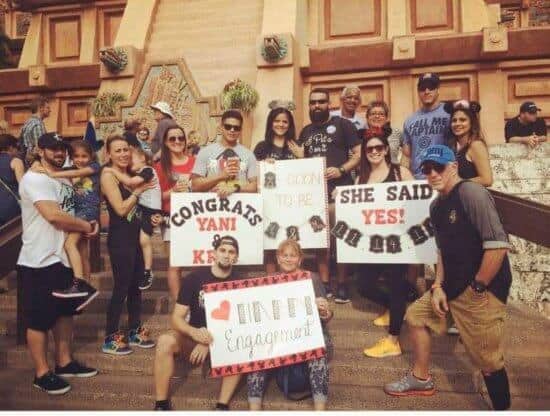 Much like the Star Wars proposal that we covered recently, this Tower of Terror proposal is a testament to the love of both this awesome couple, and their love of all things Disney.

Best of all, Kris and Yanira have made it a tradition to take the same photo in front of The Twilight Zone Tower of Terror every time they visit, including when they found out they were pregnant. They then took the same photo with their daughter when they found out they were pregnant with a second! Who says that the Walt Disney World Tower of Terror isn’t romantic? 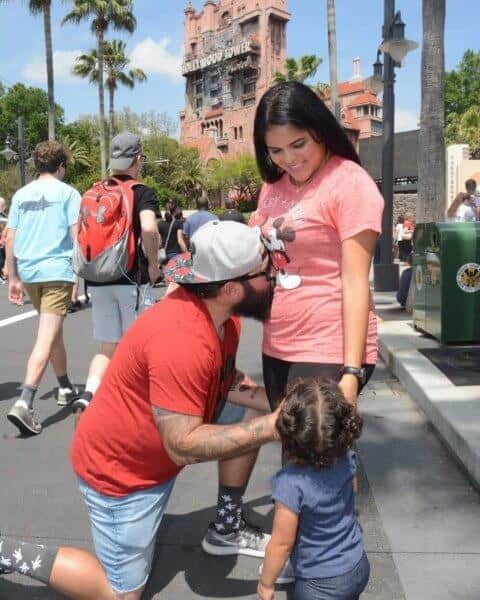 This awesome story just goes to show that anywhere in a Walt Disney theme park can be magical, if you make it unique to you. Cinderella Castle in the Magic Kingdom or even the Haunted Mansion or Splash Mountain could be that special place for one Disney loving couple.

We at Inside the Magic wish Kris and Yanira all the best and a lifetime of fun, magic, and love.

Have you been proposed to at a Disney theme park? Did it top an Eiffel Tower proposal for you? Tell us about your perfect Disney proposal in the comments below.

Comments Off on Watch This Insane Tower of Terror Proposal, High Up in the Sky!