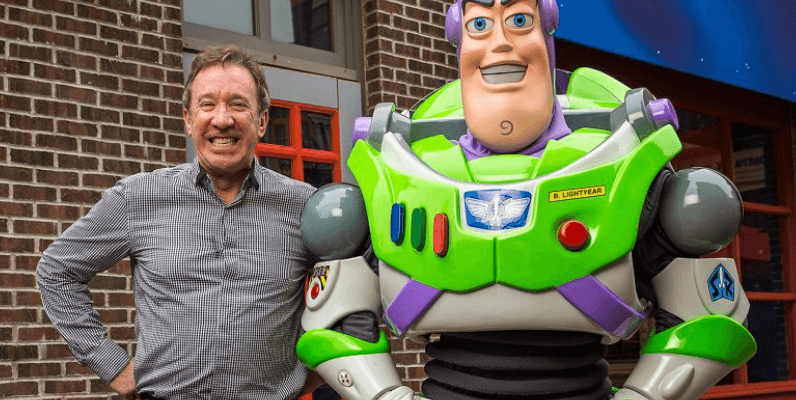 Earlier we reported that Tom Hanks and his wife, Rita Wilson, have caught Coronavirus while out in Australia filming for a currently untitled Elvis Presley project for Warner Bros. In his Instagram post, the actor described the symptoms they had been suffering and how they went to get tested before receiving the news they had the virus.

Well, his Toy Story co-star and long time collaborator and friend Tim Allen has shared words of encouragement in the only way he could — in the form of a joke.

On Twitter he stated in a reply to Hanks, “Woody, I should have made you two wear my space suits! You and Rita rest and get well!”

The voice behind Buzz Lightyear is famous for his sense of humor and given the relationship he has with Tom Hanks, it’s not a surprise to see his comment in a bit of a humorous way.

He went on to Tweet all of his followers a very similar message:

I told Tom and Rita that Buzz offered a couple of spacesuits if they need them.
Seriously rest up and get well! pic.twitter.com/tsmxbS8IZk

While it’s obviously something that the two actors can have a bit of a joke about, the virus is showing no real signs of slowing down with more measures expected to be taken across theme parks around the world.

Disney has already closed all its Asia theme parks and it’s looking more than possible that Disneyland Paris will follow if France increases the strict measures already put in place.

For now, both Disneyland and Walt Disney World remain open with increases in the level of hand sanitizer stations available throughout the parks.

We are keeping a very close eye on everything related to Coronavirus and how it impacts on travel and theme park closures to be sure to keep checking back for updated information.

We are wishing actor Tom Hanks and his wife a speedy recovery and hope they get well soon!