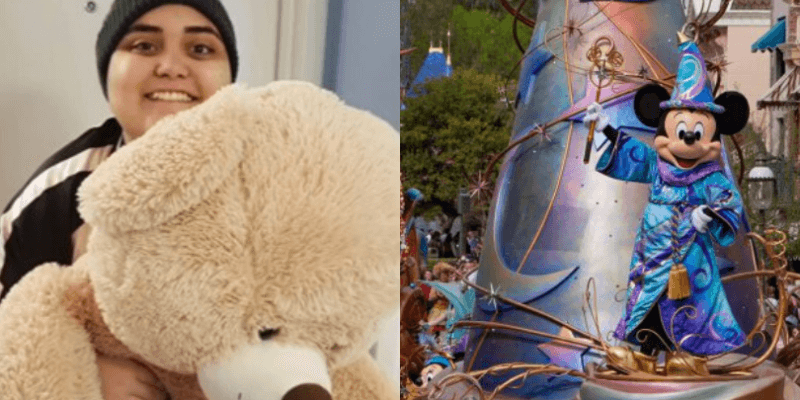 California high school students have made it their mission to send one of their peers to the Happiest Place on Earth. And now, one 19-year-old battling brain cancer gets to go to Disneyland.

ABC reports an inspirational story of Merced, CA students at Yosemite High School who spent the past two weeks raising funds to send a local teenager to Disneyland Resort in Anaheim. And thanks to the small donations of hundreds of students, the Associated Student Body achieved their goal and raised a total of $539.43 for Larayna Tapetillo, who deserves a whole lot of magic right now.

Larayna was diagnosed with a rare, inoperable form of brain cancer in November, 2019. Since then she has been in and out of the hospital and is currently undergoing radiation and chemotherapy, but even through her medical treatments, she is trying her best to focus on making the most of her life and enjoying herself to the fullest.

That’s why the leadership students at Yosemite High School decided to dedicate this year’s fundraiser to helping Larayna go on a trip to the most magical place of all — Disneyland! Larayna and her mother have never been to Disneyland, and hopefully this money will help them have the happiest time in the happiest place and escape reality for a little while.

These have been trying times since Larayna was diagnosed with cancer last year, but she isn’t giving up hope. And her former schoolmates are doing what they can to send her to the original Magic Kingdom.

“We typically have penny wars every as a cancer/leukemia fundraiser, and this year we decided to do it for a student who graduated last year,” said Associated Student Body Advisor Erika Azevedo. She continued to share that she is so proud of her students for fighting to raise money for Larayna. “It moves me because that’s what we want to do as educators is make a difference for our kids.”

The entire high school got involved in donating their spare change every chance they got — and since they were able to raise over $500, every little bit helped.

Related: Brave 6-year-old beats cancer, gets “key to the kingdom” at Disneyland

Watch the video of this inspiring story below:

Click here to visit the GoFundMe website set up for Larayna, where you can learn more about her story, donate to her travel funds to make her dreams come true, and help raise money for her medical treatments. As these high school students clearly evidenced in raising money for Larayna to go to Disneyland, every little bit helps.