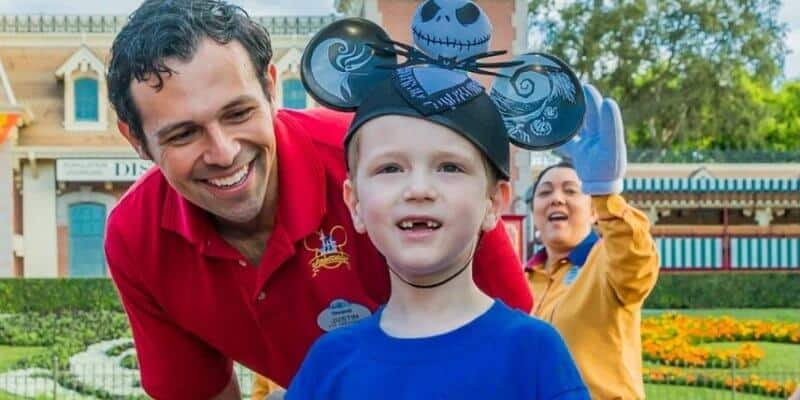 Six-year-old Linden Bradley has beat cancer, so what’s next on his list? Opening Disneyland Park for the day, of course!

And that’s exactly what Linden got to do, thanks to Disneyland, the Make-A-Wish Foundation, and a special surprise: he was given a key to the kingdom.

The Canadian native opened the gates of the Happiest Place on Earth with Mickey Mouse and Disney Ambassador Justin Rapp by his side.

“Hopefully, this will be the memory that he remembers instead of all the bad times with cancer–he got to open Disneyland!” said Linden’s mom, Julia Bradley. “[Linden] has been through more than I think any of us combined have been through.”

Linden’s wish is a really special one; just take a look at this video:

Linden’s wish was one of more than 700 special wishes granted by the Disneyland Resort each and every year.

Earlier this month, Inside the Magic brought you the story of a young boy who got a special visit from his Marvel heroes during a Make-A-Wish Radiothon. But the Marvel team had more surprises up their heroic sleeves! They were visiting young Isaiah Pitts to grant him a trip to the Disneyland Resort in California.

During the 2019 D23 Expo last month, Chairman of Disney Parks, Products and Experiences Bob Chapek shared a brand-new video about the lasting power a granted wish can have on a child. The video even makes the point that “some wishes are so magical, they stay with you for a lifetime.”

The growing partnership between Disney Parks and the Make-A-Wish Foundation has yielded more than 130,000 granted wishes and dreams come true since it first began years ago. And Disney plans to continue the tradition, so that brave young survivors like Linden Bradley get to open the gates at Disneyland for years to come.

Have you or someone in your family been granted a wish by the Make-A-Wish Foundation and Disney? Let us know about your experience in the comments section below!

Comments Off on Brave 6-year-old beats cancer, gets “key to the kingdom” at Disneyland