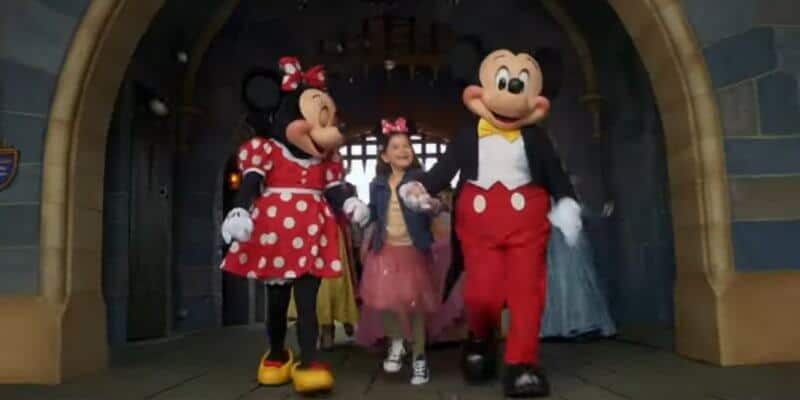 Disney has granted “130,000 wishes and counting,” and four of those 130,000 wishes were granted for some very special Disney fans featured in Disney’s newest YouTube video dedicated to Make-A-Wish.

We dare you to try to watch it with completely dry eyes.

The video features twins Ella and Libby, a young boy named Reece, and a young man named Daniel. Each was a “Make-A-Wish Kid” who got to experience the magic of Disney as part of the Make-A-Wish Program. Ella and Libby’s wishes were granted in 2008 and 2011.

At the 2019 D23 Expo on Sunday, Disney Parks, Experiences and Products Chairman Bob Chapek unveiled a powerful new video about the lasting effect a wish come true can have on a child. In fact, the video points out, “some wishes are so magical, they stay with you for a lifetime.”

“Our cast members take such tremendous pride in making every Disney wish experience as unforgettable as possible for kids and their families,” said Bob Chapek. “Wish-granting is such an important part of who we are at Disney, and why we take the responsibility so seriously.”

Disney Parks has been making dreams come true for kids for almost 40 years, beginning with the first official wish kid, Frank “Bopsy” Salazar, whose wish was granted in 1980 at Disneyland Resort. By 2015, more than 100,000 Disney-inspired wishes had been granted for children facing serious illnesses.

Today that number is more than 130,000, and Disney has no plans to stop granting wishes.

“The powerful relationship between Make-A-Wish and Disney goes back to the very beginning of our organization, and has only continued to grow,” said Richard Davis, CEO of Make-A-Wish. “Disney is the largest wish-granter on Earth, and we’re thankful for everyone who brings magic to life by supporting our organization and making wishes come true.”

Granting wishes is an important part of the Disney Team of Heroes initiative whose goal is to bring comfort and inspiration to families with children who are seriously ill.

Have you or someone you know had a Disney-inspired wish granted by the Make-A-Wish Foundation? We’d love to hear about your experience in the comments section below.