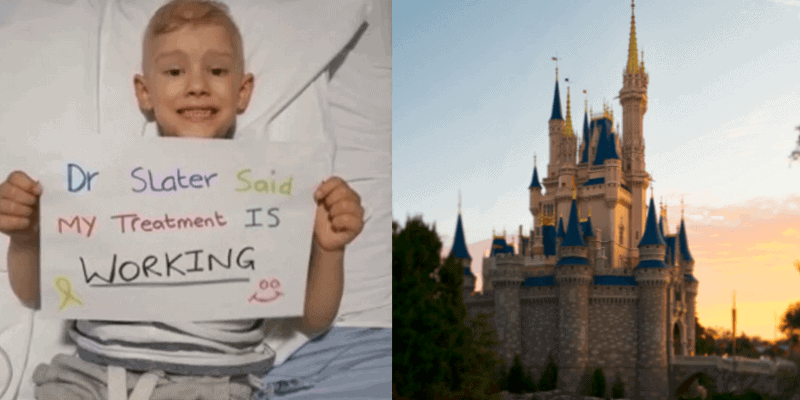 A seven-year-old cancer survivor received a free trip to Walt Disney World after the Thomas Cook collapse this week.

Young Connor Kitching and his family from Middlesex, England were planning to visit the Most Magical Place on Earth this October to celebrate Connor being cancer-free. The Kitching family began fundraising back in 2017 to take a trip to Walt Disney World, and they were able to finally book their vacation once Connor was all-clear of liver cancer in November of last year.

“It was booked after Connor got the all clear,” said Lauren Atkins, a friend of Connor’s mother Katie Butler, in an interview. “Due to the Tomas Cook breakdown the whole holiday was canceled as it was booked through Thomas Cook.”

But miracles happen once in a while, especially for young Disney fans like Connor who are more than deserving of some pixie dust and Mickey magic. This week, British Airways contacted Connor’s family and shared that they would cover the cost of flights and accommodation so that they don’t have to miss out on their Walt Disney World vacation.

Even though families like Connor’s were entitled to a refund from Thomas Cook, their refund would not come through in time for the family to keep their original vacation reservations.

Connor was “absolutely heartbroken” when he heard that his magical Disney vacation celebrating his all-clear from cancer was cancelled, but that disappointment didn’t last long. Atkins took to Twitter to share what happened, and sure enough British Airways responded.

@British_Airways you have turned a nightmare into a family dream again! Thank you so much for making this holiday happen for Connor and his family! We have cried the most happiest tears today!! From the bottoms of our hearts, thank you ✈️? pic.twitter.com/FFYu4bmMf1

Still in a bit of a bubble as to what has actually happened today, such lovely kind hearted people in this world. Please stay following Connor and keep updated on his journey in and around @WaltDisneyWorld! 8 sleeps to go ?

As Disney fans ourselves, we’re happy to see that Connor and his family still get to go on their trip to the Most Magical Place on Earth thanks to British Airways. The family will be going to Walt Disney World on the same dates as planned for two whole weeks, and they even get to fly business class.

We wish Connor and his family a magical vacation! If you want to plan your own pixie dusted trip to Walt Disney World or a Disney destination of your choice, reach out to the Authorized Disney Vacation Planners at Academy Travel for a free, no-obligation vacation quote.

What do you think of Connor’s story? Let us know in the comments!