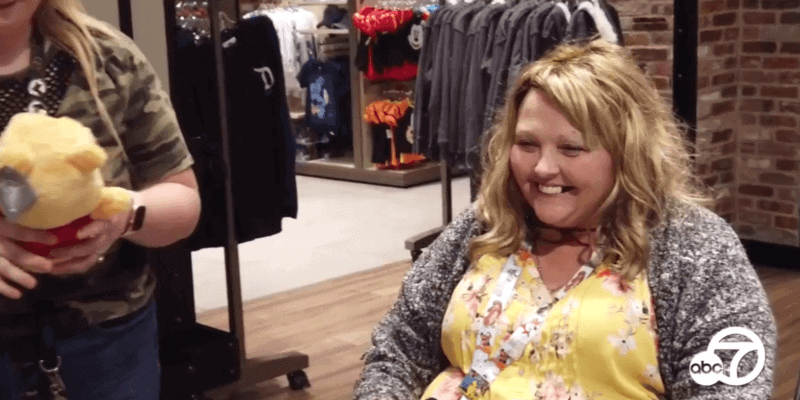 This story is what Disney magic is truly all about.

Dana Kennon, 58, is currently diagnosed with stage 4 breast cancer which, unfortunately, ended up spreading to her lungs and bones all over her body. Though she is suffering, she is a fighter as she has been living with her diagnosis for more than two years now. But, recently, her doctors said they predict she will only live another three to four months.

Kennon took to Facebook to write and share her dying wish, which was to go visit Disneyland “one last time to see the holiday lights”. She also shared that she wanted to go with someone who had never been before, this way she could experience the Disney magic and holidays “through their eyes; seeing Disneyland for the first time”.

One of Kennon’s former high school classmates of hers saw the post and took matters into her own hands.

Nancy Juetten, who attended John F. Kennedy High School in Granada Hills, saw Kennon’s post and decided to raise the money in order to grant Kennon’s wish. Juetten ended up getting their graduating class of 1979 together and they all raised the funds to send Kennon, Kennon’s daughter and Kennon’s daughter’s girlfriend all to Disneyland for two full days — all expenses paid!

“That just one simple mention of I have cancer you know…and I had this bucket list and these people from 40 years ago…40 years ago! spring up and didn’t ask any questions within a day or two everybody was ‘what can we do to help?’ and that’s community,” Kennon said.

This fight with cancer that Kennon has been battling has not been easy as it was very difficult for Kennon to pay for the treatment. In fact, she didn’t always have the money upfront for the treatment she needed and more recently, her insurance stopped providing coverage for her medication.

An anonymous donor ended up giving her the money for another month of chemotherapy, which costs just over $1,500.

Disney movies are what have kept Kennon fighting through this difficult time. She has had a lot of physical pain and has been financially struggling, but with the help of some Disney animation and fairy tale stories, she was able to get away from it all, even if it was just for a little bit, and to keep on fighting. Kennon said the Disney movies helped to make her “feel like she was 12 years-old again.”

You can watch the full story and interview here.

We are sending Dana Kennon our thoughts and prayers.

Comments Off on Wish Granted: Cancer patient visits Disneyland ‘one last time’ thanks to former classmates