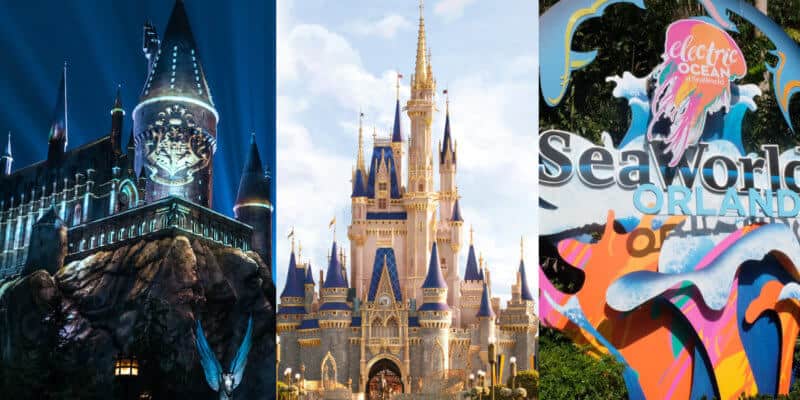 Today, Disney revealed the company will be extending its temporary closure of the Walt Disney World Resort in the wake of the recent pandemic “until further notice.” However, in their announcement, the company also stated that they still intend to pay their employees until April 18. As generous as this offer is for Disney World Cast Members, it’s worth noting that not all Central Florida theme park workers have been given this same break as many have been laid off.

In a filing with the Securities and Exchange Commission today, SeaWorld revealed the company is indefinitely furloughing 90% of its workforce as the company struggles in the wake of their temporary closures. The filing states employees will not be paid after March 31 but can apply for unemployment benefits.

“On March 27, 2020, the company announced that, in response to the global COVID-19 pandemic and the resulting temporary park closures, it will or has temporarily furloughed over 90% of its current employees as of April 1, 2020. The furloughed employees will not receive compensation from the company during the furlough period after March 31, 2020; however, subject to local regulations, these employees will be eligible for unemployment benefits. The furlough period is uncertain at this time due to the temporary park closures and will be reassessed as business conditions dictate. The company looks forward to welcoming back its ambassadors and guests when it is safe to open again,” the SEC filing said.

SeaWorld is based in Orlando and currently operates 12 theme parks, including five water parks in the United States.

In the same announcement, Universal Orlando also stated they would continue to pay their employees until their predicted reopening date of April 19.

As stated above, both Walt Disney World and Universal Orlando are committed to paying their employees while their parks remain closed. However, the expected reopening of both resorts is technically not known.

Universal Orlando’s predicted reopening date is only a few weeks away. However, the company does state in their recent operations update that the company will make adjustments as needed based on the guidance from health agencies and government officials–meaning the company could remain closed beyond this date.

Recent reports have stated the Disney Parks could see closures extending through May.

If both theme park resorts were to continue to remain closed beyond the month of April, it is not known if employees would continue to receive compensation.