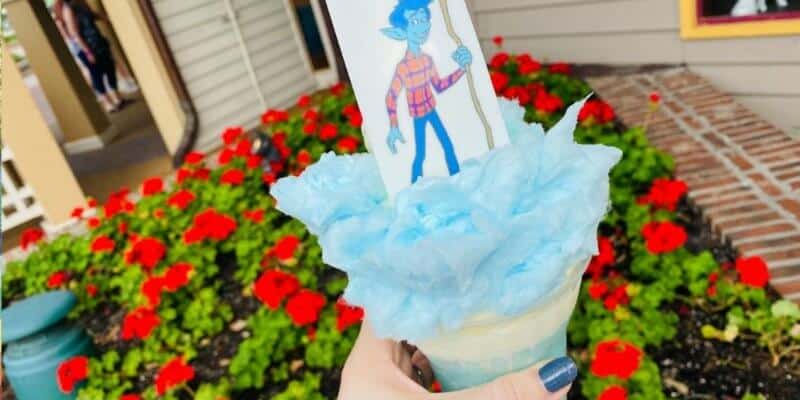 The new Disney treat is called The Lightfloat and will be made of cotton candy lemonade mixed with vanilla soft serve ice cream! It’ll then be topped off with cotton candy featuring Ian Lightfoot from the upcoming Disney Pixar film, Onward!

The highly anticipated film, which hits theaters tomorrow, March 6, will feature the voices of Chris Pratt, Tom Holland, Octavia Spencer and Julia Louis-Dreyfus and the film will take place in a suburban fantasy world.

The storyline of the movie will follow two teenage elf brothers, Ian Lightfoot (Tom Holland) and Barley Lightfoot (Chris Pratt) as they embark on “an extraordinary quest to discover if there is still a little magic left out there.”

Earlier this year, Director Dan Scanlon spoke to ComicBook about the upcoming Disney Pixar film. Here’s what he had to say:

And Chris Pratt confirmed, just like other Pixar films, this one is sure to make you cry (even if you are a grown man!) In a recent tweet from Pratt, he wrote:

Will you be trying this new Onward themed treat when visiting the Disney Parks? Let us know in the comments.