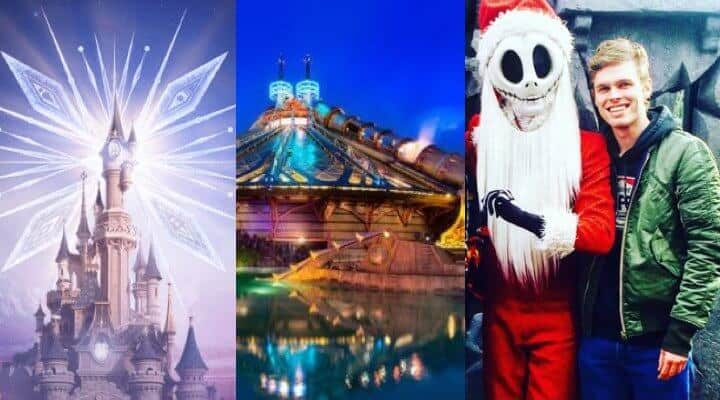 So, something tells me that I’m not going to be making it to the happiest place in France this summer.

The coronavirus outbreak has quickly caused all public gatherings in the U.K and wider Europe to be banned. This tragically resulted in Disneyland Paris (as well as Walt Disney World, Disneyland Resort, and every other theme park around the world) closing its doors. Sadly, this means that my family and I’s trip to Sleeping Beauty Castle, is probably going on hold. But in the spirit of optimism, here’s my perfect day in the most magical theme park that France has to offer, and you’d better believe I’m making these dreams a reality as soon as this pesky pandemic thing has blown over.

So, having left London on the magic of an undersea train called the Eurostar, I’m on the doorstep of my dreams at Disneyland Paris. First stop, checking in at the Disneyland Hotel. As you might expect, like other park variations, the Disneyland Hotel is by far the priciest that DLP has to offer, but boy is it worth it. Where other parks sit by the Disney shopping Village and require a 15-minute walk to the park, The Disneyland Hotel is right on the entrance, baby. It’s probably not financially viable for more than one night, but hey, this is my perfect day, right? A guy can dream.

First up, it’s the main event; the Disneyland Park. Heavily inspired by Disneyland (shocker), this magical park features some of my favorite attractions and eateries around.

We start by running to the top attraction to avoid the line. This, of course, is Indiana Jones and the Temple of Peril. 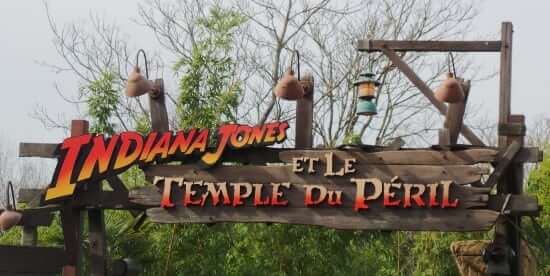 This cart-based rollercoaster is one of the most intense that DLP has to offer and is also one of its only outdoor coasters. Its theming is incredible and it knocks you from side to side in the best way possible. Throw in a stunning John Williams score and a beautifully atmospheric set and you have a fantastic ride.

We then explore much of the park including Frontierland (featuring DLP’s Phantom Manor – a way darker version of the Haunted Mansion that is actually superior to its American counterparts; #sorrynotsorry) and Fantasyland (more or less the Magic Kingdom including timeless gems like Dumbo the Flying Elephant and the secret dragon underneath the castle called La Taniére du Dragon). We, of course, use our fast passes wisely to beat lines where possible!

We’re a little peckish, so we head to Toad Hall Restaurant and enjoy some shockingly British Fish and Chips. It’s like we never left home.

Now it’s time for my favorite land of all; Discoveryland. Essentially our answer to Tomorrowland, but entirely timeless due to its 1800s, steampunk aesthetic, Discoveryland draws heavily on the work of Jules Verne. And with that in mind, it’s straight to Les Mystères du Nautilus, the best walkthrough experience I’ve ever been on (though I am a pretty big maritime geek, so it might not be for everyone). After exploring Captain Nemo’s famous sub, we head to DLP’s main attraction; Star Wars Hyperspace Mountain. This super-intense version of Space Mountain is the best coaster DLP has to offer and we’ll be riding it many, many times. 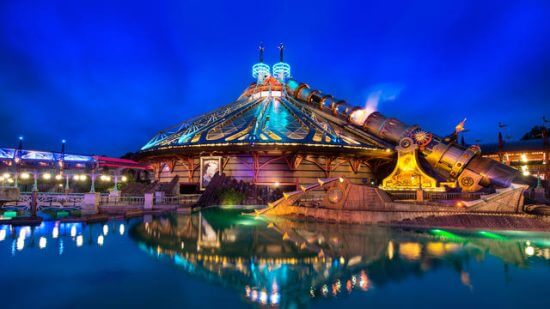 After exhausting ourselves in the land of Discovery, it’s time for adventure. Back to Adventureland then! And straight to Pirates of the Caribbean. Though sadly missing the characters of the films (as well as Shanghai’s incredible 4D elements and rotating boat), this fully French language experience is utterly charming and boasts a significant watery drop near the end.

We’re pretty peckish now and it’s time for my favorite restaurant; Captain Jack’s – Restaurant des Pirates (formally known as Blue Lagoon – a far superior name IMO). We chow down on some stunning French seafood with the ambiance of pirate-themed music, that famous POTC water smell, and enjoy watching the ride sail past, before treating ourselves to a naughty chocolate tart and a glass of red wine (this is Paris, you know).

If you’ve never been to DLP, think of Walt Disney Studios as Walt Disney World’s Hollywood Studios, but a little bigger.

First up; Toy Story Land. We take a ride on the RC Racer (and try not to vomit) and then head over to the Toy Soldier parachute drop as a warm-up for the main event.

The Twilight Zone Tower of Terror, my single favorite ride across all Disney parks in every single country, awaits us. As with its Hollywood brethren, its theming is faultless. The creepy music, the cobwebs, the comic performances from the staff; it’s all so perfect. Only thing is, half the time the prologue video is in French, but hey, we know a little French and there are subtitles anyway. We get up there, enjoy the ride of our lives, watch a Mum (sorry, Mom) reevaluate taking her five-year-old on board, and buy the souvenir picture. 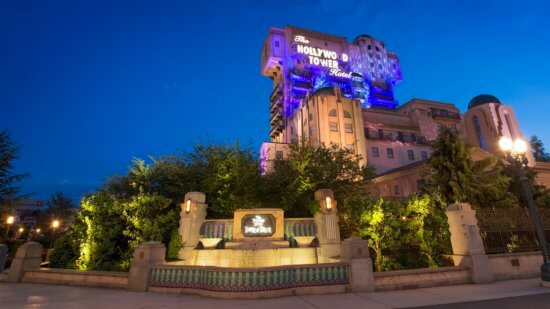 After this, it’s time for the second-best ride at Disneyland Paris; Crush’s Coaster. This Finding Nemo themed ride puts you in Crush’s shell on a rip-roaring ride down the East Australian Current back to Sydney. It’s rooooockin.

Now that we’ve had our head spun with Crush, it’s getting late and it’s time for dinner. We head to the gorgeous corner modeled on a Parisian plaza, complete with Remi statue. We ride one of the few 4D experiences at DLP: Ratatouille, The Adventure and then it’s time for more restaurants!

And where else could we eat, but Bistrot Chez Rémy itself? After (another) glass of red wine, a delicious steak dinner, and some wonderfully French music, it’s time to settle down and head out. So, after a few more rides, we head back to Disneyland Park and enjoy the incredible closing lights and fireworks show. It’s simply perfect.

Then, off to our awesome room to get some sleep … and do the whole thing again tomorrow!

What is your perfect Disney day? Whether it’s at Disneyland Paris like me, WDW, or any other parks across the globe, we want to hear it. Comment below to let us know.

Comments Off on My Perfect Day in Disneyland (Paris)