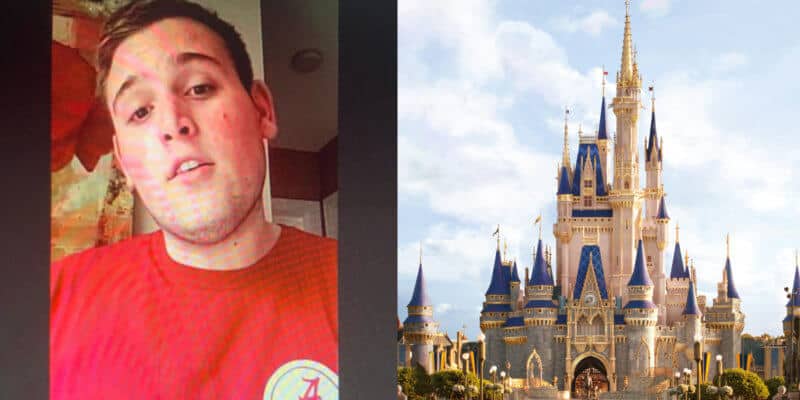 20-year-old Nicholas Hickman of Catoosa County, Georgia recently returned home from a trip to Walt Disney World with a group of friends only a few weeks ago. Upon his return, Hickman was believed to have developed bronchitis until he tested positive for coronavirus.

Hickman told WRCB TV Channel 3, after returning home from his trip to Walt Disney World he began to feel ill– and he believed he was experiencing symptoms of the flu. Hickman decided to pay a visit to a walk-in clinic in Ringgold where he tested negative for the flu and strep. At the time, the clinic did not have COVID-19 tests and Hickman was unable to be tested, so he was sent home.

Reports do not mention if Hickman got infected at the theme parks or if he was already infected and asymptomatic, potentially passing along the illness to those he came in contact with while he was visiting Disney, including guests who are considered at-risk.

However, Hickman’s symptoms only began to become more serious after his return home from the clinic. “Later that evening, my symptoms worsened. My fever reached 104. I had a really bad fever, chills, muscle ache. It really did feel just like the flu,” he said.

The next day, Hickman visited Erlanger’s facility where they did have COVID-19 tests. However, he says the staff didn’t want to test him because they only had four tests left.

“They were like, ‘Okay, because your flu test and your strep test were negative. And because your chest X-ray was clear, do I think you have it? No.’ She said, ‘I feel like I’m wasting a test on you right now,'” he said.

The tests the facility used to test patients took five days for the results to come back. In the meantime, Hickman was treated for bronchitis and told to self-quarantine at home, where he lives with his parents.

Hickman told Channel 3 his parents were not showing symptoms and were told to stay home, including his mom who works as a postmaster.

“My mom went to work one day, one day last week. She went to work on Tuesday. On Wednesday she woke up and she wasn’t feeling great. She called out of work and she has not been to work since,” he said.

On Friday, Hickman learned he tested positive for COVID-19. Following his results, his parents were not being tested for the pandemic but were being treated as if they did have coronavirus.

At this time, Hickman says his symptoms are going away and that he and his parents are all feeling better and they will continue to self-quarantine until April.

Hickman did not state exact dates he visited the Walt Disney World Resort, nor where he was staying or what theme parks he visited during his trip.